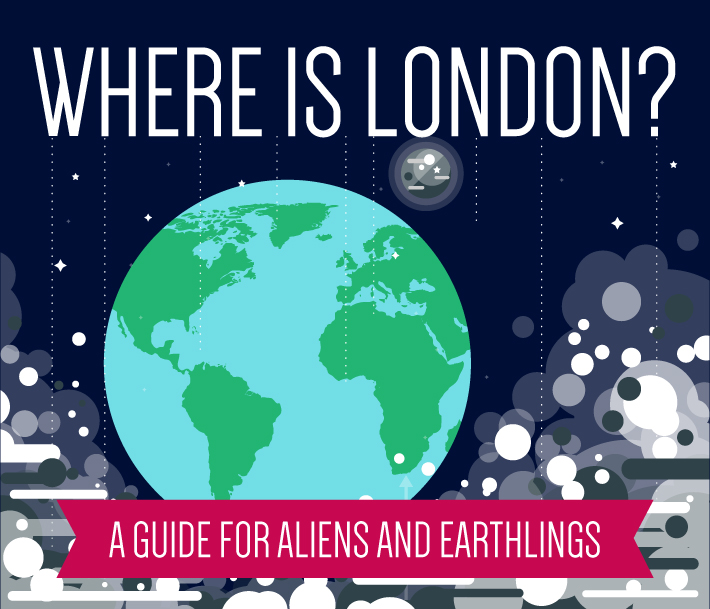 Picture this... an alien asking for directions to London at an intergalactic petrol station. So where exactly is London?

It's fairly straight forward, you just need to take the Milky Way highway to Earth. Calculate atmosphere entering for above continental Europe. Then turn a little north to the United Kingdom; aim for the island of Great Britain; zoom into the country of England and bear right to southeast England until you find Greater London - mind the spaceship landing queue of Blackhole-25 (also known as the M25) and when you see the concrete and glass rubik cubes, you have landed on your destination.

Far-fetched as that might seem, be it London or another city around the world, sometimes you can indeed feel like an alien landing on a different planet when trying to get the bearings of your city break destination. Fear not earthlings. Answer your where is London question we will.

So where is London, exactly?

London on the globe…

London is in Europe

London is in England

London is a metropolitan area as well as a city

So here we are, hopefully the coordinates above should lead you straight to us. Safe landing and we look forwards to seeing you very soon!