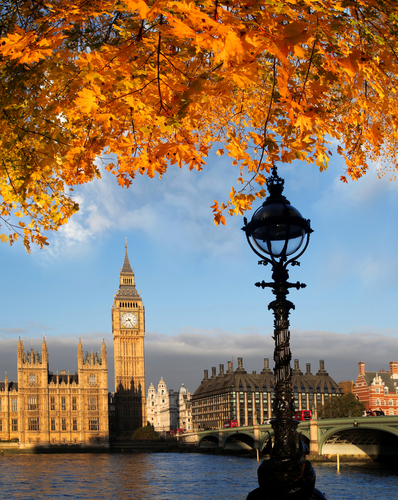 If you’ve visited London is the last couple of years or so, there’s no way you’ll have been able to avoid the army selfie stick wielding Instagrammers.

In fact, London was recently revealed as the third most Instagrammed city in the world!

After all, what’s the point in visiting one of the greatest cities in the world if you don’t let everybody know about it!

In all seriousness though, London is jam packed with beautiful and historically significant landmarks, so it’s no wonder that people want to capture their visit to the capital.

We’ve scoured Instagram for the London locations most people take pictures of and have whittled it down to a top ten of the most popular places.

The list below shows the ten places in London with the most mentions on Instagram (correct as of 10/02/2016).

So are we kicking off with an ancient landmark? A beautiful art gallery? Nope, it turns out Europe’s busiest shopping street is also one of the most photographed locations in the capital!

While we’d have thought people would be far too busy dashing from one shop to the next, it turns out a lot of people want to document their retail therapy!

It’s also worth noting that there are a number of listed buildings which date back to the late 19th century which probably account for a lot of the posts, as well as the historic façade of the Oxford Circus tube station.

Having provided us with a fairy-tale wedding and an adorable new prince and princess in the last few years, love for the Royal Family is at an all time high, especially with overseas tourists.

The changing of the guard is a particular draw for snappers, as is the famous 19th century façade and the Victoria Memorial in front of the main gates.

Unfortunately, we’ve yet to see a post from inside the palace by the Queen herself, but as the monarchy moves into the 21st century, there’s hope yet!

While it has a certain feature worthy of its own entry later on, the Houses of Parliament (also known as the Palace of Westminster) is one of the most iconic landmarks in London.

Having being destroyed by fire in 1834, the current building was constructed between 1840 and 1870 and is home to the Parliament of the UK.

Previously known as a fruit and veg market, Covent Garden is now a popular shopping and tourism destination.

The Royal Opera House and the central square are the most popular landmarks among Instagrammers here, although the numerous street performers also get in on the act for their 15 minutes of fame!

Posts about the national stadium spike when the Three Lions play, or especially for big games such as the FA Cup, League Cup, and play-off finals.

However, the stadium also plays host to massive gigs from the likes of U2, Ed Sheeran and Eminem, and if you’ve ever been to a big gig like this you’ll know just how many people have their phones out making sure to post the whole thing!

The south bank of the Thames is awash with landmarks and history, and a quick browse of Instagram shows a range of snaps.

The Southbank Centre and the National Theatre are among the most popular landmarks for photos here, and views across the river to the Houses of Parliament are also popular.

Another truly iconic London landmark is Tower Bridge. To be honest, this number is probably a bit higher than the one we’ve given as a whole load of people mistakenly tag it as being London Bridge!

If you’re lucky you may even be able to grab a snap as the bascules lift up to allow a ship to pass through the river below.

You may be surprised this park is so high on the list, but if you’ve visited it you’ll know why it’s so popular with tourists and locals alike!

The park is home to its own lake, as well as the famous ‘Speakers Corner’, where anyone can get up and preach on whatever they please!

The numbers for Hyde Park are also likely boosted by big concerts from the likes of the Rolling Stones and Taylor Swift.

As one of London’s most recognisable structures, it’s no surprise that the London Eye is second on our list.

However, we think a big reason Instagrammers love it so much is that not only is it an impressive structure in itself, but it also gives some of the best views of the city.

And if there’s one thing that gets ‘likes’, it’s views!

It’s technically part of the Houses of Parliament, but Big Ben is mentioned in so many posts in its own right that it is deserving of the number one spot!

Undoubtedly the most defining landmark of the capital, it’s a huge hit with tourists who can be spotted looking more than a little bit stupid trying to “lean” against it in their photos.

Double points if you can get a black cab or double decker bus in your snap!

If you want to explore London and impress your own legion of Instagram followers, check out Central London Apartments for a home from home right in the heart of the city.