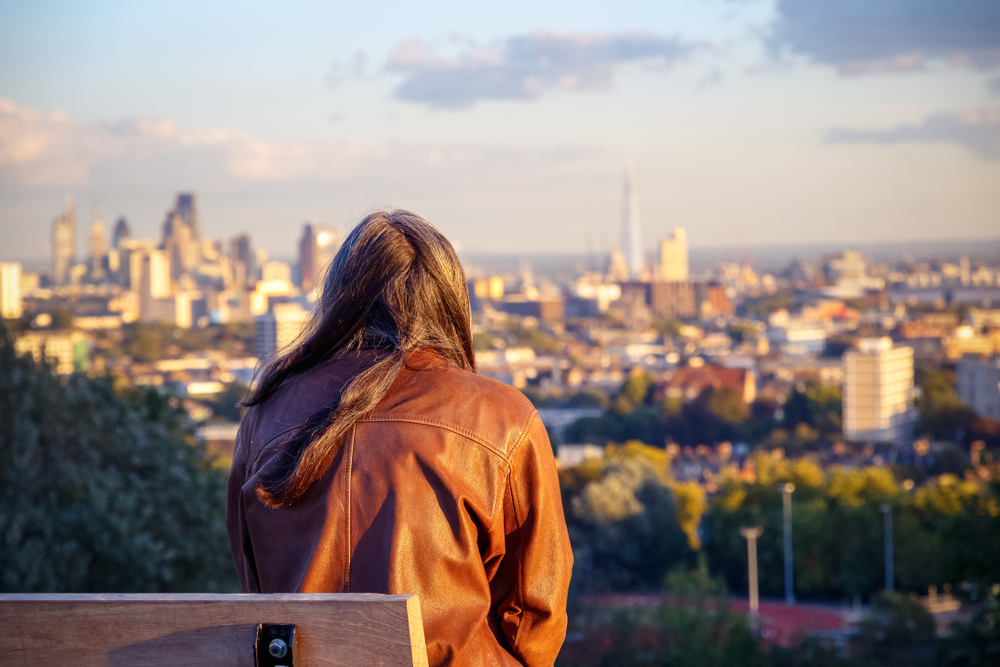 From the dizzying heights of The Shard to the labyrinth streets of the City, London is awash with a variety of landmarks, sights and attractions. However, with so much to see and do, many tend to overlook the city’s simple pleasures. Have you ever wanted to take some time out and find some of the best places in London to watch the world go by?

Here, we’ve scoured London in an attempt to map a number of destinations that are ideal for relaxing, daydreaming and observing both the city and its hurried occupants. 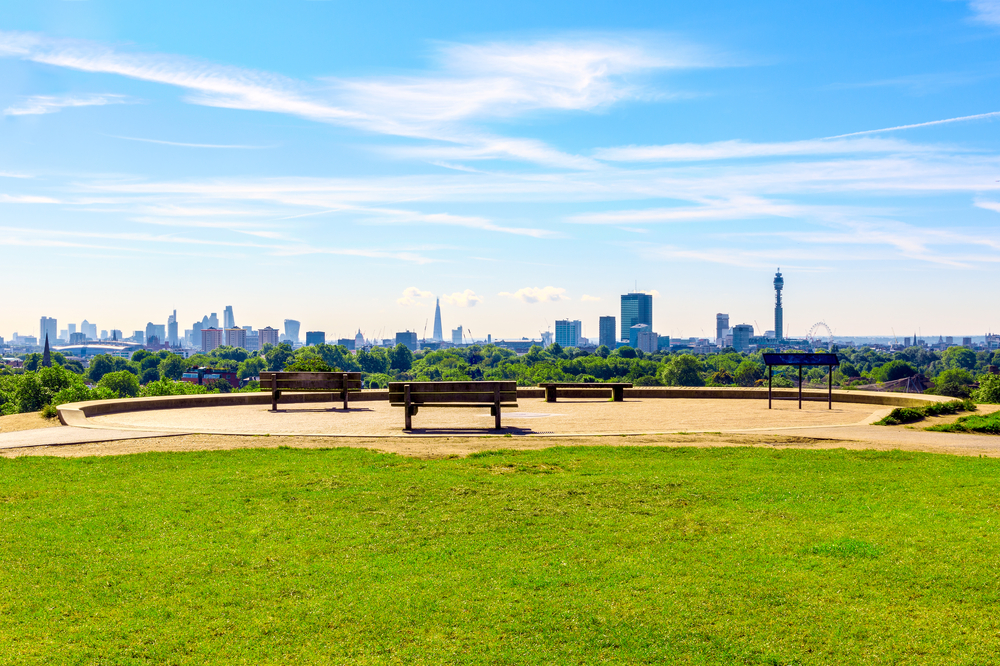 Where better to sit back and take in London’s dazzling skyline than Primrose Hill? North London’s favourite vantage point offers views across the entire city and is a choice spot for sunbathing as it receives sunlight for the majority of the day. A number of historic landmarks like St Paul’s Cathedral are shadowed by far newer constructions such as The Gherkin and the imposing BT Tower. London’s biggest financial centres, Canary Wharf and the City, can also both be seen and visitors will also be able to watch a seemingly never-ending queue of planes descending into Heathrow Airport, official home to the world's most expensive airport car park. For those keen on observing the day-to-day workings of one of the world’s liveliest cities, they’ll be hard pressed to find a more suitable place than Primrose Hill. 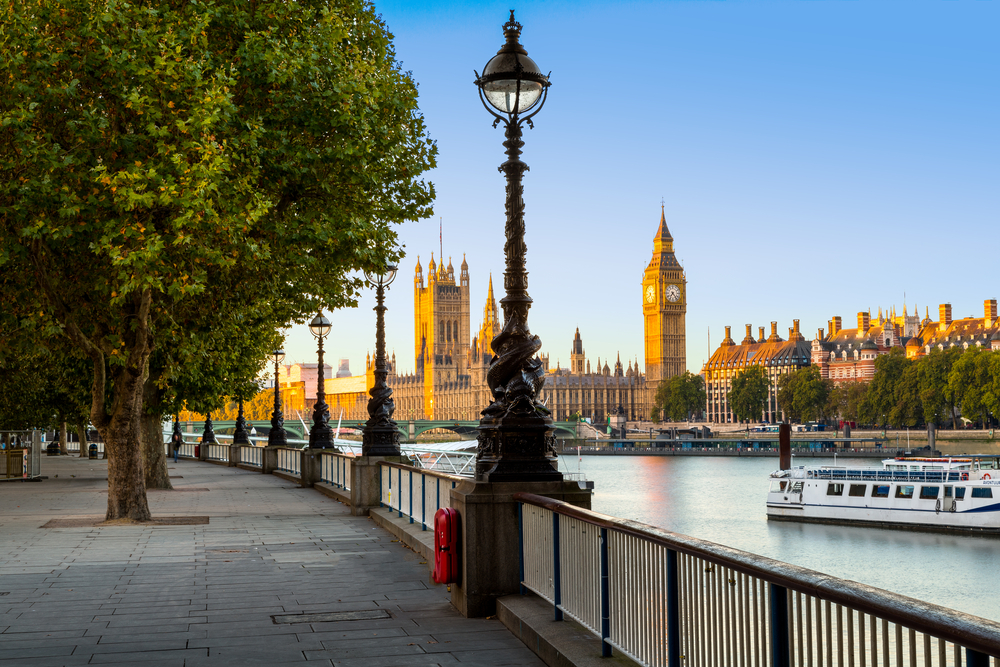 The South Bank is a vibrant and dynamic riverside promenade that stretches across the Thames’ southern banks in central London. The area is home to attractions such as the London Eye, the Southbank Centre and The London Dungeon and is generally known to be one of London’s most popular tourist destinations. During the summer months, the South Bank can be likened to that of a Parisian canal with people eating, drinking and hanging out late into the evening. In addition to the range of tourist draws and welcoming restaurants, the area is ideal for those keen on sitting back and watching the various riverboats making their way up the Thames. 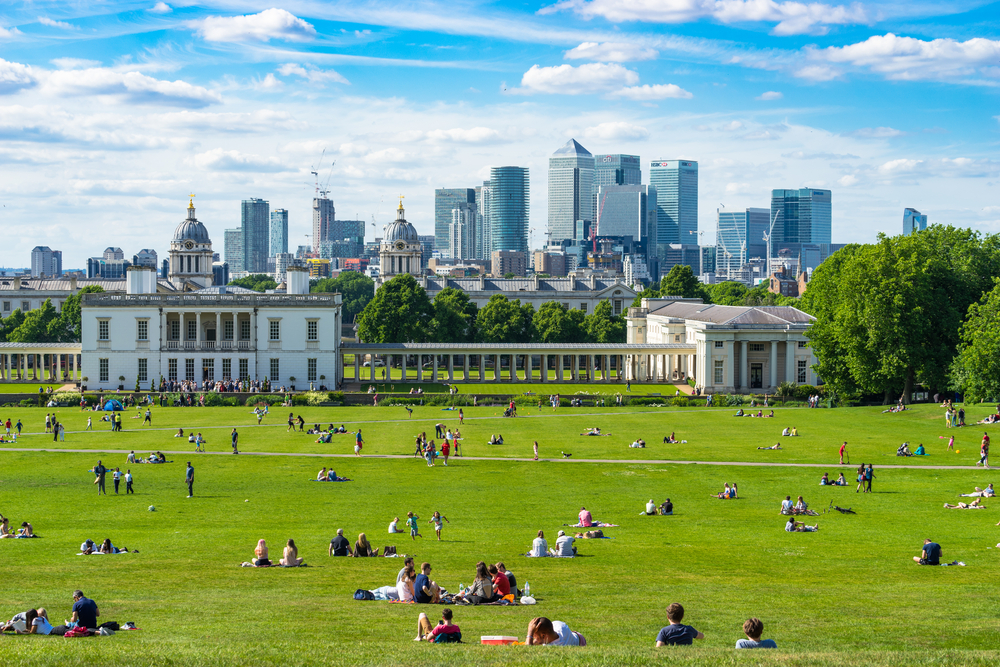 With views out across the Thames, Canary Wharf and the City, Greenwich Park is one of Primrose Hill’s biggest rivals when it comes to natural vantage points. This Royal Park covers 180 acres and includes a number of different areas such as the famed Royal Observatory and a number of charming gardens. Much like Primrose Hill, Greenwich Park offers visitors the chance to see how London has changed over time with historic structures like the National Maritime Museum contrasted against the modern architecture of the Canary Wharf development. 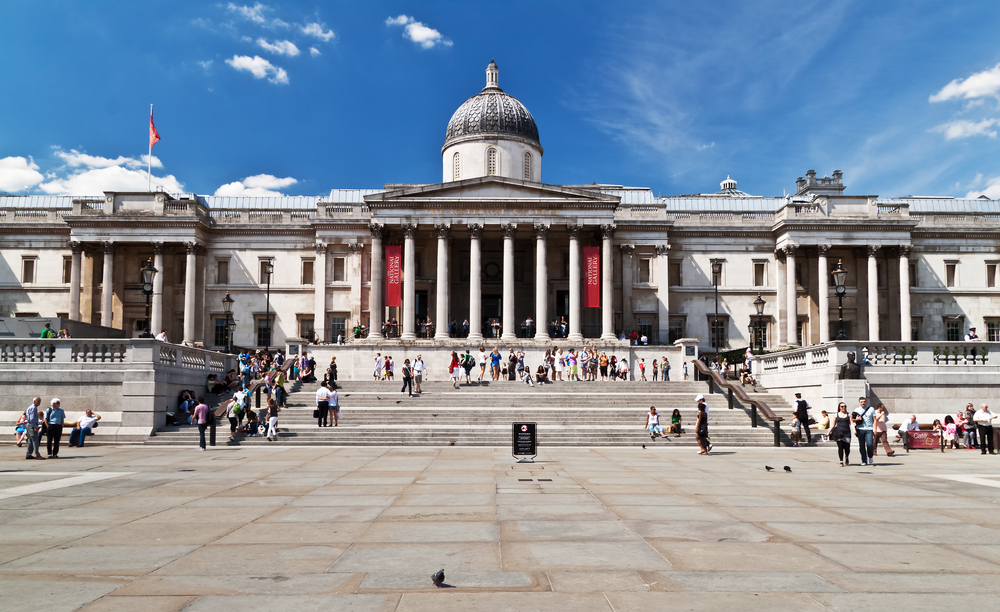 Who hasn’t at some point invested their time in the popular practice of people watching? There’s something so gratifying about being in a crowded place and simply watching everybody coming and going. Trafalgar Square is perhaps one of London’s busiest tourist destinations with throngs of visitors keen to see landmarks such as Nelson’s Column, The National Gallery and Admiralty Arch. The square is also home to a number of statues, monuments and fountains and the whole area is the perfect spot to take a break and hone your skills in the ancient art of people watching. 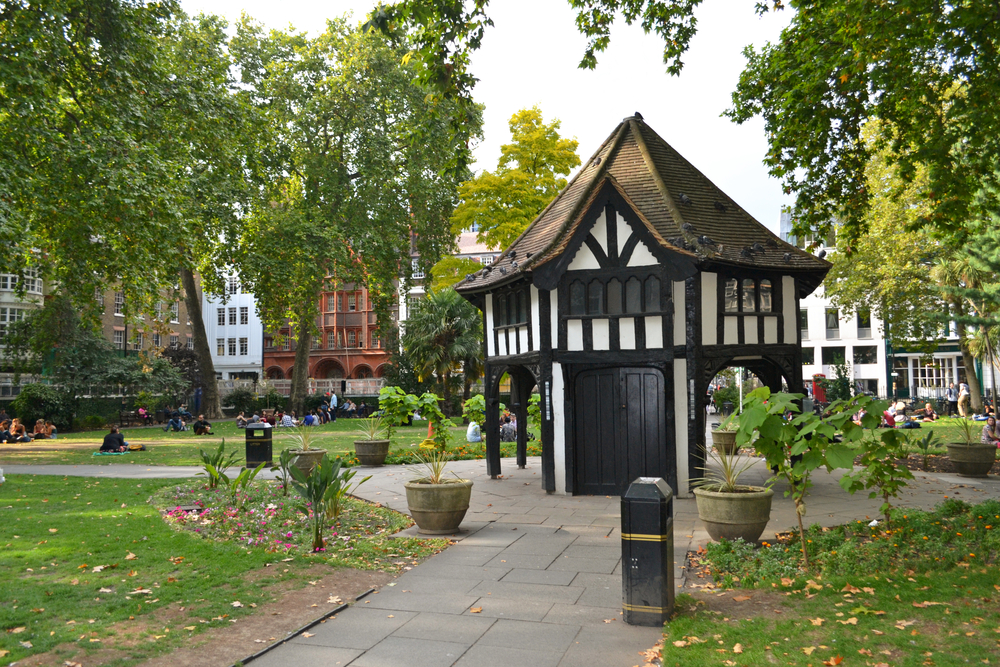 Based just off Oxford Street, Soho Square is something of a gateway to London’s famed entertainment district. While the square houses a collection of kooky attractions such as a distinctive Tudor-style gardeners hut and a statue of Charles II, many tend to visit the area for an easy escape from the hurried hordes of shoppers on Oxford Street. London may be home to a wide range of iconic parks, squares and green spaces, but this peaceful little inner-city garden is certainly worth checking out. 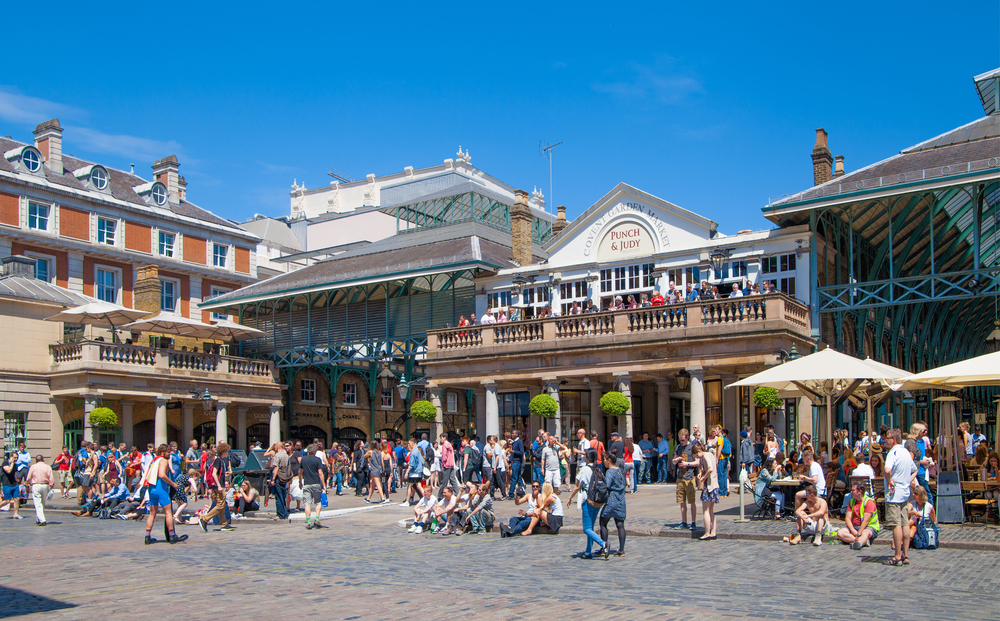 Covent Garden – one of the West End’s most prized assets – is a great destination for idle watchers, bystanders and daydreamers. Unanticipated entertainment includes bizarre street performances that feature juggling, tightrope walking and levitating Star Wars characters, while impressive musical performances are also commonplace. The summer months tend to spurn local eateries into providing outdoor seating, which offers visitors the opportunity to take a bask in the sun. 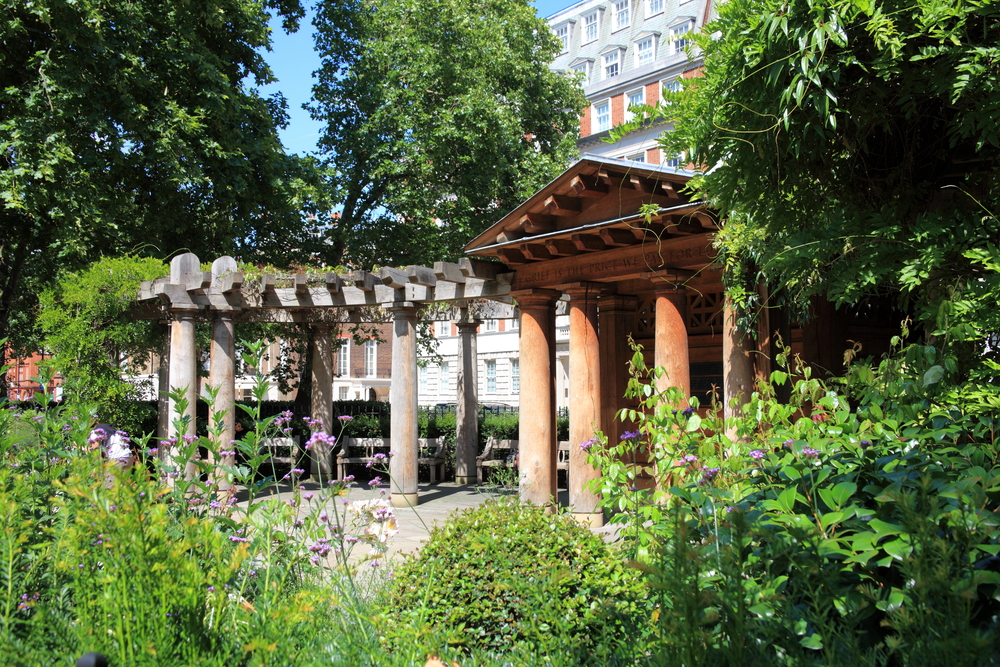 Surrounded on all sides by a range of upscale Georgian townhouses, Grovesnor Square is one of a large number of delightful squares found in central London’s elegant and affluent Mayfair district. The square is steeped in history and offers visitors the opportunity to explore its leafy gardens and notable monuments. Grovesnor Square was once home to British literary icon, Oscar Wilde and until late 2017 the area was also home to the U.S. Embassy. Mayfair is generally known for its exclusivity, which makes Grovesnor Square even more of a unique destination. 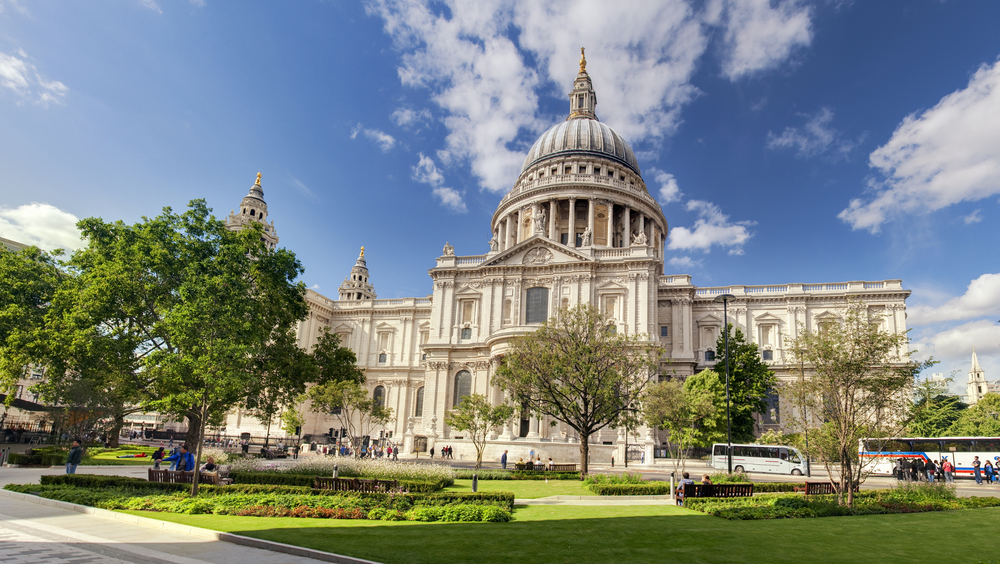 Despite being situated in one the city’s busiest areas, St Paul’s Cathedral and the local area is characterized by a sense of ease and tranquility. Surrounded by sleek corporate developments and sky-rises, the local area is made up of a blend of city workers and tourists, providing a vibrant, dynamic environment. There are a number of gardens close to the cathedral that many office workers tend to seek out for a quiet lunch, while Peter’s Hill – a pedestrianised area south of the cathedral – offers great views across the Thames.