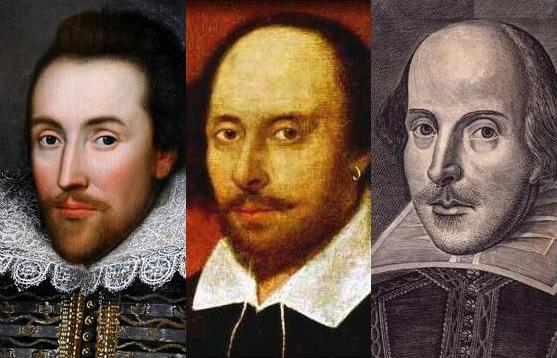 Whether you are a literature fan or not, chances are, you probably know Romeo and Juliet’s dramatic love story. Or maybe you have heard Hamlet’s famous quote “to be, or not to be: that is the question”. Few works of literature have echoed across languages and cultures like those of William Shakespeare, and his writing career started and unfolded right here - in London! Over four centuries later, London is still Shakespeare’s stage. Come this way and watch his magic happen, this is Shakespeare's London.

Did you know you have been quoting Shakespeare in your everyday chatter?

Sceptical? Have a look at these…

There are many Shakespearean phrases we use today as sayings and everyday expressions. You can read more about them here and here. Can you imagine your writing being so influential that four centuries later people still use your phrases as everyday expressions? Take a moment to absorb how grand that really is. Somehow, we don't see the Facebook updates of today lasting four centuries…

Feeling a spark of admiration? If we have piqued your interest, walk this way.

There are many monuments and articles dotted around the city that honour the literary genius that was Shakespeare. Here is where you can spot them without changing your sightseeing plans:

1. Leicester Square Gardens – in the middle of the garden stands a statue of Shakespeare leaning on books and pointing at the phrase “There is no darkness, but ignorance”.

2. The British Museum – if you are already visiting the museum, see if you can find William’s articles.

3. The National Portrait Gallery - the portrait you see here is one of a few images of Shakespeare considered authentic by scholars and it’s probably one of the most well-known portraits of him.

4. Westminster Abbey – a statue of the writer takes pride of place in the Poet’s Corner.

5. Guildhall Art Gallery – a bust of the playwright is outside the entrance alongside former Members of Parliament Oliver Cromwell, Tim Crawley and Samuel Pepys

6. The British Library – where you can see Shakespeare’s First Folio, the collection of his plays published seven years after his death in 1616. Learn more about the First Folio here.

7. Southwark Cathedral – is not only home to a Shakespeare memorial, but also to a stained glass window featuring some of his characters and the grave of his younger brother who was also an actor, Edmund Shakespeare. Southwark Cathedrals and the Shakespeare's Globe (number 11 below) are two of the sights you will see if you follow our River Thames walking route.

8. St Mary Aldermanbury – holds a memorial in its City churchyard. Interestingly, while the bust is of Shakespeare, the memorial is actually dedicated to the two actors close friends of his who helped preserve his plays by writing and printing the First Folio collection after his death.

9. There are many libraries, schools and churches you might have walked passed that have statues or images of Shakespeare. Click here for a list of a few, but more importantly, look up and admire the carvings on old buildings. You might just spot one of his cameos.

11. Shakespeare’s Globe – a destination on its own, the Shakespeare’s Globe is a replica of the original theatre owned by Shakespeare’s playing company, where the playwright performed his plays. The original theatre was located somewhere else in the city and burned down when a cannon set fire to the thatched roof after being fired as a sound effect. A second theatre was built in its place and subsequently closed by order of the Long Parliament who felt the arts were interfering with politics. 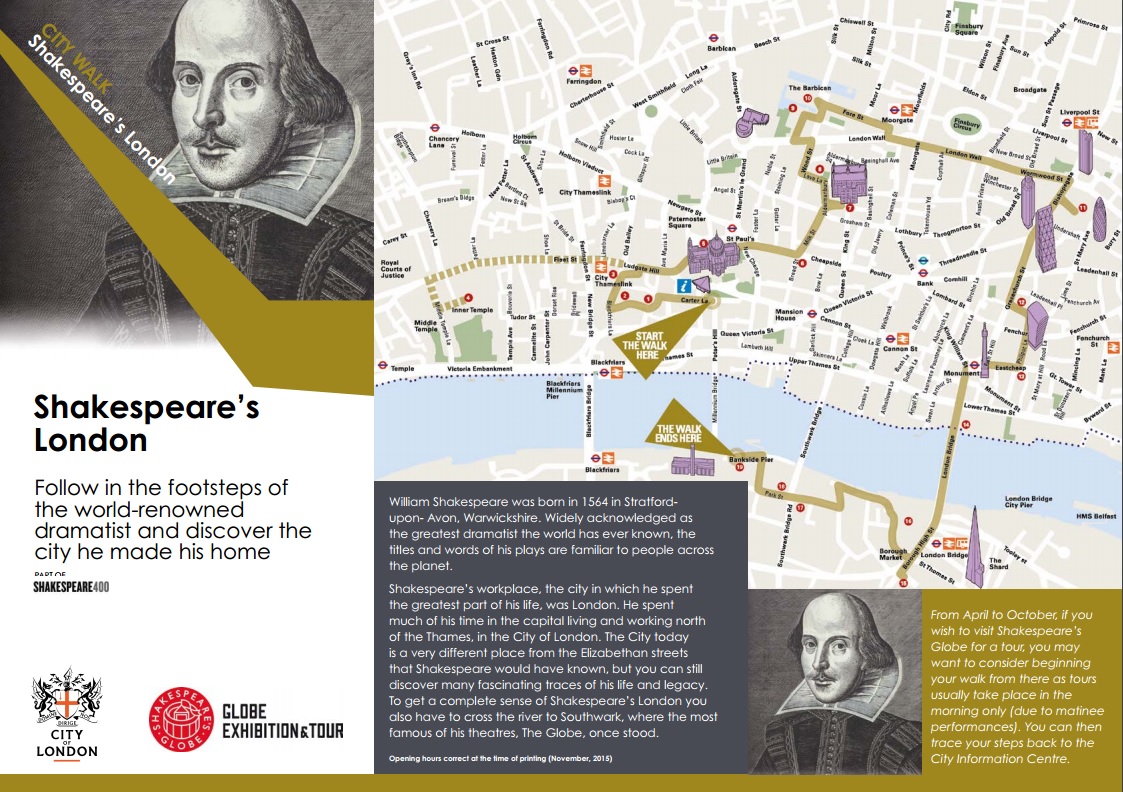 Curious facts we bet you didn’t know about Shakespeare…