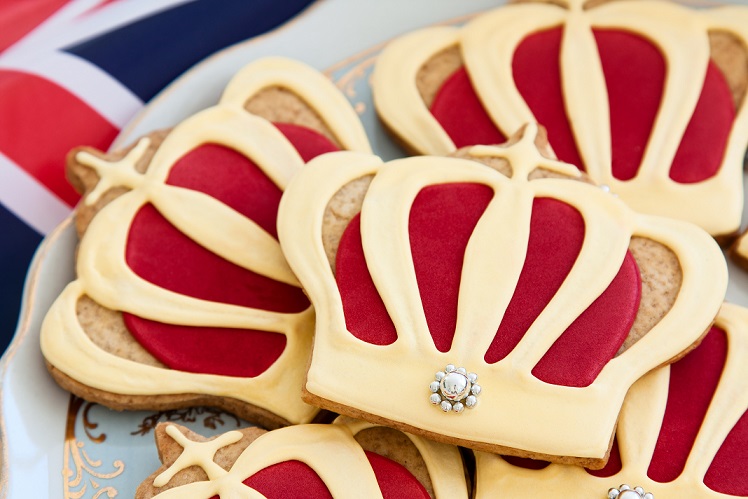 From official royal visits to coins her portrait adorns, from her pets to her great-grandchildren, as we celebrate Her Majesty's birthday this month, we look at the figures behind the British crown. This is the Queen in numbers.

She is the first British monarch to celebrate a Sapphire Jubilee.

has two birthdays a year - although born on the 21st of April, her official birthday as a monarch is celebrated on the second Saturday of June,

and owns two family homes, Balmoral Castle in Scotland and Sandringham House in Norfolk, the other official residences belong to the nation.

It's the number of children the Queen has mothered - Prince Charles, Princess Anne, Prince Andrew and Prince Edward.

She also currently has five great-grandchildren.

She has worked with 13 different Prime Ministers in the UK alone.

She is the monarch of 15 other realms, including Canada, Australia, New Zealand and the Bahamas!

It's the number of realms in which she is Queen including the UK.

She has watched the Trooping of Colour ceremony 64 times. The parade celebrates her official sovereign birthday and takes place every second Saturday in June, with the exception of 1955 when a rail strike meant the celebrations were cancelled.

The number of years she has been on the throne, making her England's longest reigning monarch.

She has been married to the Duke of Edinburgh for 70 years.

She is 91 years old this year.

She has worked with 120 Prime Ministers in her other 15 current realms.

She has visited 128 countries out of a possible 196, without a passport may we add!

There are over 230 roads named after Elizabeth in the UK.

She has been on 271 official royal visits during her reign.

According to the Sunday Times Rich List, Her Majesty is the 302nd wealthiest person in the UK.

She is a patron of over 600 charities.

It's the average number of birthday messages she sends to British centenarians every year.

The Royal Family has over 600 thousand followers on their official Instagram page,

£340 million is her estimated net worth, but many dispute this as underestimated.

Over 70 billion coins have been produced by the Royal Mint since Elizabeth's coronation.