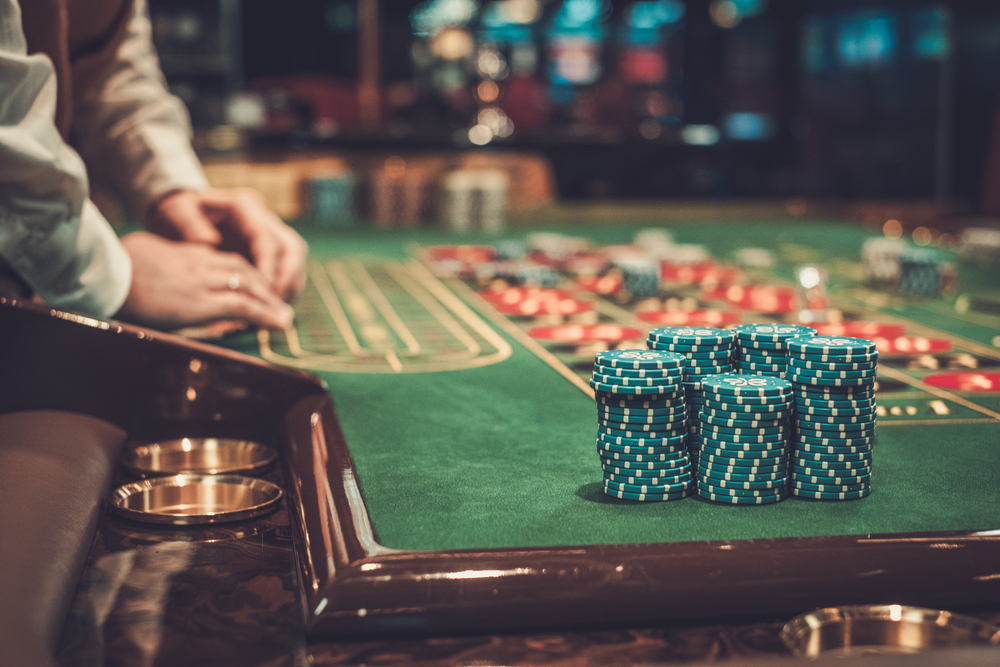 15th May 2018 in Explore London by Francis Buchanan

From the Medieval sporting spectacle of jousting to the furtive gambling dens of the 15th century, London has always been known for its untameable gambling culture. To this day, travellers from all the around the globe come to enjoy the lavish luxuries of Mayfair’s casino culture.

Central London is thought to be home to around 30 high-profile casinos, and Mayfair is the epicentre of the city’s high-end gambling scene. One of London’s most exclusive districts, Mayfair boasts a host of revered venues such as Crockfords and Les Ambassadeurs. Here, we take a look at the history of gambling in Mayfair and explore a few of its most exclusive venues.

Today, gambling has increasingly become the kind of thing that parents tell their children to avoid, but perceptions haven’t always been that way. Throughout Britain’s history, gambling has, at times, been held in fairly high regard.

Gambling in London can be traced back as far as Roman Britain, where a game not dissimilar to backgammon was played in all areas of the capital. London’s deeply entrenched gambling culture was almost inextricably linked to military service. From the Middle Ages to the Crusades, soldiers always returned from conflict with new and innovative ways to gamble their dwindling finances away.

Fast forward to the 17th century and gambling was so prevalent that King Charles II was even an open advocate of the popular pastime. The monarch’s favourite form of gambling was horseracing, which is why it is commonly known as the ‘Sport of Kings’.

Mayfair Life: Then and Now

It won’t come as a shock to many to know that Mayfair is directly at the centre of all things glitzy and luxurious in London. From its bars to its famed clubs and casinos, Mayfair is the home of all things high-end.

For a long time, Mayfair’s plethora of plush casinos catered exclusively to the country’s old money, and iconic old haunts were crowded with members of a declining aristocracy. However, when those old powers began to fade in the middle of the 20th century, Mayfair’s casinos turned their attention to a brand new global market.

By the 1960s and ‘70s, casinos such as Aspinall’s and The Ritz had become increasingly popular with wealthy individuals from all around the world. There was a huge spike in interest from the Middle East initially, while casinos have also recently seen an increase in interest from China.

Casinos of the World

There are a number of areas around the world that are widely known for their status as hubs of global gambling. Monaco is home to Casino Monte Carlo, a prominent gambling hub, and Las Vegas has almost become a cultural phenomenon in itself. But, Mayfair still manages to stand out.

Mayfair’s prominence in the global casino scene is built on a number of different factors. The area’s sense of prestige plays a huge part in its global appeal, while many of its casinos still enjoy an elegant interior design and refined décor.

The standout reason why Mayfair sits firmly at the heart of all things gambling related is because of London’s status as a centre for international business. The city attracts more than its fair share of wealthy individuals, and London’s casino culture is a popular pastime for that very demographic.

Few venues are more iconic than Aspinalls. Based in a great location on Curzon Street, between Hyde Park and Green Park, this plush Mayfair casino is a famed refuge for some of the globe’s highest rollers.

Aspinalls preserves and celebrates the legacy of its founder, John Aspinall. This private gaming club was established in the 1960s and has long been the casino of choice for British old money.

John Aspinall is something of a legend in Mayfair’s casino culture. While studying at Oxford, it is thought he feigned illness on the day of finals in favour of the Ascot Gold Cup and consequently left Oxford minus his degree!

With the founder’s passing in 2000, Aspinall’s has moved with the times and remains a firm favourite with visitors from across the world. The casino welcomes a truly global clientele and was also recently refurbished in order to combine the elegance of the past with the sleek interior touches of a contemporary club.

There are few people in the world who aren’t aware of London’s Ritz Club – an infamous private member’s club that claims to offer an unparalleled gaming experience.

This exclusive club is a hive all of the things luxurious. Everything from its interior decor to the length of its food menu is centred on providing the highest standard of comfort and opulence.

The club, positioned between Mayfair and Piccadilly Circus, is open 24 hours a day, 7 days a week.

For those keen on visiting London and experiencing the city’s casino culture for themselves, there’s only one area truly worth staying in – Mayfair. Immerse yourself in the opulence of the area by booking a stay at one of the many serviced apartments we have to offer there.