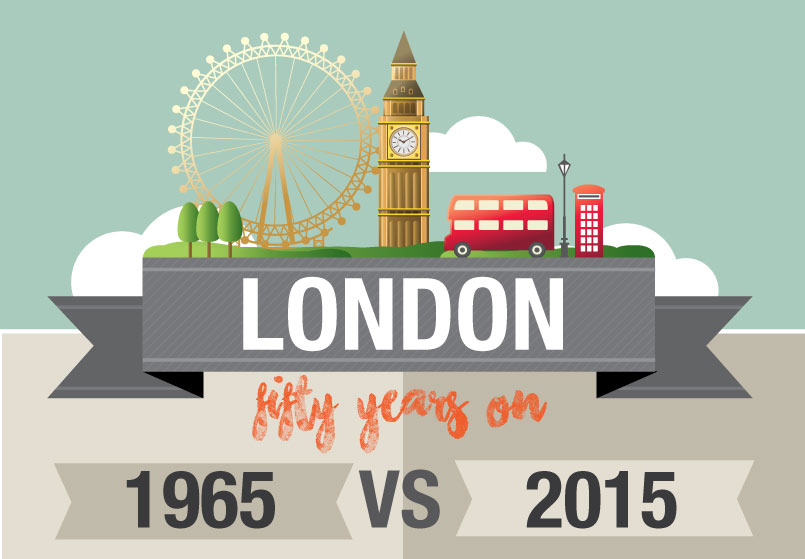 How much has London really changed in the past 50 years? We take a look back at London in 1965 and how it compares to the present day – you’ll be surprised by the findings!

1965 was a significant year for London, we said goodbye to iconic leader Sir Winston Churchill who passed away aged 90.  The midst of the swinging 60’s were happening with top fashion boutiques, record shops and trendy hairdressers popping up all over the capital.  The Beatles were in their hay day, Ken Dodd was topping the UK music charts, and the hit film The Sound of Music was released at the cinema.  Fast forward 50 years to 2015, and the population living in London has reached 8.6 million the highest it has been in over 76 years. The buildings have got considerably taller and we now pay over 113 times more to use the tube. Our Queen, Elizabeth II, has become the longest reigning British monarch and a great grandmother to 5!

Want to share the infographic on your site?  Use this code: