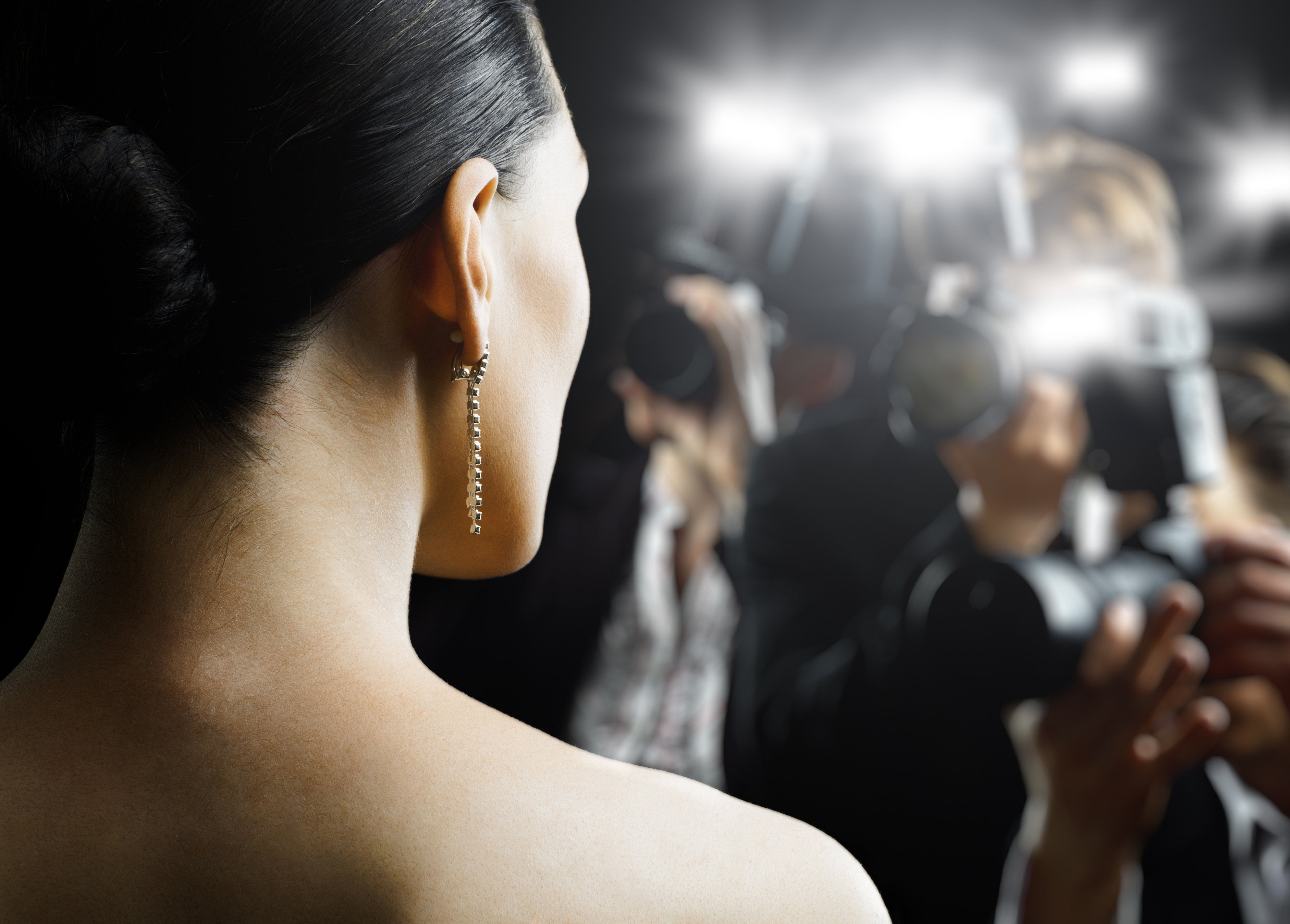 From world-class artists to successful entrepreneurs, London is home to a fair share of celebrity talent. Some born into fame and fortune, others who defied the odds on their route to success. This is a map of London boroughs by the birthplaces of the great and good of TV, film, fashion and music. With the odd surprise Londoner to be found!

George Michael – although there are stronger links between George Michael and Hertfordshire, the singer-songwriter was actually born in East Finchley and used to busk in the London Underground! Having Greek, English and Jewish descendency, George Michael was also a good example of Londoners' mixed heritage and diversity.

John Terry - although more connected to Chelsea, the professional footballer was actually born in Barking.

Michelle Dockery – while Downton Abbey's Lady Crawley is from Yorkshire, the actress who plays her is a Londoner, born in Rush Green.

Ross Kemp - famous for investigating the toughest gangs in the world, the actor and journalist was born in Barking.

Dame Anna Wintour – famous for being the editor-in-chief of American fashion bible Vogue Magazine and the inspiration behind Hollywood's The Devil Wears Prada, the journalist and editor was born in Hampstead.

Stephen Fry – perhaps the most quintessentially English gentlemen on this list, the comedian and presenter was born in Hampstead.

Sir Rod Stewart – born in Highgate, the singer-songwriter once lived above a newsagent shop owned by his family.

Kate Moss – According to the Croyden Advertiser "Croydon Council has been part of Greater London since 1965, but the Royal Mail map still has the town within the Surrey county". We're not sure which one Kate prefers but we will name the supermodel as a definite Londoner!

Sir Philip Green - connected to some of the most well-known and successful high street brands in the UK, the entrepreneur was also born in Croydon. Perhaps why he was so fond of fellow 'Croydenite', Kate Moss.

Jourdan Dunn – while the British model was discovered when shopping at Hammersmith Primark, she was actually born in Greenford.

Amy Winehouse – more associated with Camden, where she died and where a statue of her now exists, the singer-songwriter was actually born in Southgate.

Boy George – although the singer DJ is famous for hanging around Covent Garden in the 1980s and living in squats around Warren Street, Central London, he was actually born in Eltham, in the borough of Greenwich.

Sir Alan Sugar – the successful entrepreneur had a humble beginning, being born and raised in council flats in Hackney.

Dame Barbara Windsor – the actress is as vibrant and outgoing as the area she was born in - Shoreditch.

Paloma Faith – the quirky singer-songwriter is also born in Hackney.

Just falling behind Westminster, Hammersmith seems to be the second most popular address for celebrity births.

Dame Helen Mirren – born in Hammersmith, Mirren's paternal grandfather was a Russian diplomat who became a cab driver after his family was stranded in England during the Russian Revolution.

Hugh Grant – also born in Hammersmith, the actor probably has the noblest family tree on our list. His family history includes an Earl, a Marquess, a Viscount and the sister of a former Prime Minister!

Lily Allen – with more humble beginnings than the two previous Hammersmith celebrities, the singer-songwriter spent her early childhood living on a council estate. And no, she is not connected to Woody Allen at all.

Mischa Barton – although famous for being part of American teen series The O.C., the actress was born in Hammersmith.

Tom Hardy – another famous actor in Hollywood, Hardy was also born in Hammersmith.

Sacha Baron Cohen – the comedian famous for his international characters and accents is another Hammersmith celebrity.

Adele – although West Norwood in south London is the subject of the singer's Hometown Glory, Adele was actually born in Tottenham and is very proud of her Londoner's accent. In fact, her accent is so strong that while on an American TV show, the producers added subtitles to her interview!

Sir David Attenborough – the naturalist presenter was born in Isleworth but grew up on the campus of the University College in Leicester, where his father was the principal.

Kate Beckinsale – famous for her Hollywood action films, the actress was born in the same area as our SilverDoor office in Chiswick!

Helena Bonham Carter – born in Islington, the actress comes from a family of politicians and diplomats, including a UK Prime Minister, a banker and a feminist icon.

Lord Andrew Lloyd Webber – born in Kensington to a musical family, the composer was a child prodigy, writing his first suit of six pieces at the age of nine!

Beatrix Potter –  Potter has strong connections to the Lake District in Cumbria, North West England, where a museum now exists in her honour, she was actually born in Kensington.

Sir Christopher Lee – born in Belgravia, one of the most beautiful areas of London, the actor was the son of a Countess and an Army Lieutenant Colonel. His father fought in World War I and his mother was famous for being an Edwardian beauty.

David Bowie – the singer-songwriter's career is deeply connected to London. Although born in Brixton, he has left his mark in many districts in the city. You can follow his footsteps through our post 5 Places that Changed David Bowie's career.

Naomi Campbell – although born in Streatham, the model had a truly international childhood. She has Jamaican descendency, was born in London and grew up in Rome.

Stella McCartney – the daughter of one of the Beatles, the fashion designer was born in Lambeth.

Alexander McQueen – born in Lewisham while his family still lived in a council flat, McQueen went on to dress celebrities and royalty as one of Britain's most successful fashion designers.

Jude Law – one of Britain's most successful Hollywood actors, Law was born in Lewisham but grew up in Blackheath.

Sir Richard Branson – the entrepreneur was born to a family of lawyers in Blackheath. His grandfather was a judge and his father was a barrister.

Michael McIntyre – although the comedian currently lives in Hampstead, he was born in Merton to a Canadian father and a Hungarian mother.

Steve-O – another comedian with Canadian descendency, Steve-O rose to fame as a stunt performer in the American reality series Jackass. Even though he lived in Brazil, Venezuela and Canada as a child, he was actually born in Wimbledon.

Keira Knightley – born in Teddington, the actress grew up in Richmond. Despite having dyslexia, which makes her a slow reader and means she cannot sight-read, Knightley went on to become a world-class actress.

Robert Pattinson – the Twilight actor was born and grew up in Barnes.

Sir Charlie Chaplin – although a record of his birth was never found, Chaplin believed he was born in Walworth. The comedian grew up in severe poverty to the point of scavenging for food and sleeping rough on London streets when he was a teen. His rise to fame has been branded one of the most dramatic of all times.

Florence Welch – the singer-songwriter was born in Camberwell and has journalism, advertising and education on her family tree.

Sir Michael Caine – although his cockney (Londoner) accent is now famous worldwide, the actor was born in Rotherhithe to poor parents. During World War II he was evacuated to Norfolk and later on served in the British Army, fighting in the Korean War just before he became an actor.

Rio Ferdinand – more associated to Manchester United than London, the footballer was actually born in Denmark Hill and grew up in Peckham.

Sir Alfred Hitchcock – although today Leytonstone is part of Greater London, when the famous film director was born it was still part of Essex. Back then he wasn't considered a Londoner.

David Beckham – another Manchester United player, the famous British footballer was also born in Leytonstone. By then it was already part of Greater London, so he was indeed considered a Londoner.

Emily Blunt – born in Wandsworth, from the age of 7 to 14 the actress struggled with stuttering. She credits a school teacher for helping her overcome the stutter through acting.

Nigella Lawson – although the food writer and presenter is sometimes mistaken for Italian, she was actually born in Wandsworth to a Jewish family.

Westminster seems to be one of the most prolific London Boroughs when it comes to celebrity birth places. Not surprising, bearing in mind it's home to some of London's most upmarket areas.

Dame Angela Lansbury – common knowledge has it that the actress was born in Popular, but she has always rejected this claim declaring she was born in Regent’s Park.

Damian Lewis – born in St John’s Wood, the Homeland actor has a family tree as prominent as his place of birth, including a grandad that was the Mayor of London!

Dame Joan Collins – the famous British actress and author was born in Paddington.

Kiefer Sutherland – although the actor was born in Paddington, he grew up in California and Toronto.

Mark Ronson – the DJ is another celebrity born in St John’s Wood. Born to a Jewish family he even had a Bar Mitzvah when he was 13.

Seal – although today he lives in Los Angeles, the singer-songwriter was born in Paddington and raised by a foster family in Westminster.

Tom Hiddleston – the actor was born Westminster and his life story includes the names of some of England's most establish institutions - he attended Eton College, a famous boarding school for celebrities and politicians; then Pembroke College, which is part of Cambridge University. Later he attended the Royal Academy of Dramatic Art (RADA), which is the oldest drama school in the UK.