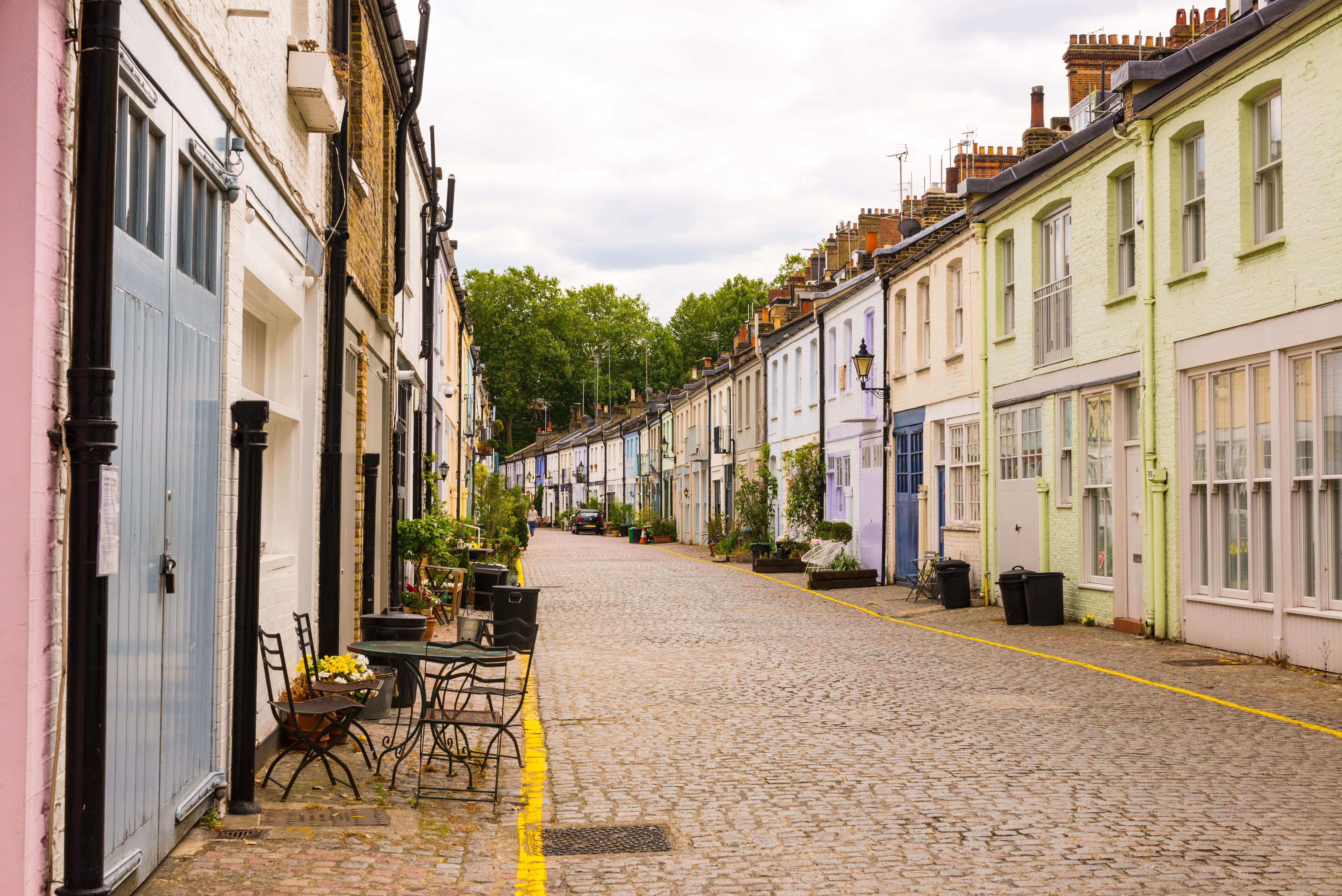 London is a city awash with all manner of housing, ranging from towering sky-rises to grand, stately residences. While it is not unusual for homes to reflect the taste of their owners, no accommodation has undermined that notion more over the last few hundred years than the properties found on London’s many mews.

Originally no more than some back-alley stables, it’s hard to understand how these properties transformed to become some of the most sought after in London.

Here we’ll be exploring London’s hidden mews, taking a look at their fascinating origins, how and why their properties have skyrocketed to such a high degree and where to find some of the city’s most elegant mews.

Despite being found in other areas of the country, the mews is primarily a London quirk that has notably modest beginnings. As hard as it is to believe, what are now the homes of the wealthy were once used to accommodate the servants, coach drivers and horses that served the far grander houses of the Georgian aristocracy.

Given their history as the behind-the-scenes quarters of the working classes, it’s particularly fascinating that these little roads are hidden away in some of London’s most prosperous districts such as Kensington, Mayfair and Notting Hill.

Therefore, if you ever find yourself on one of London’s scenic mews, it is a near certainty that you’ll be just as close to one of these larger houses. The two were so closely bonded in fact, that it is thought not to be unusual for many to be connected via an underground passage that was included so that the servants wouldn’t disturb the moneyed elite.

The emergence of the motorcar at the beginning of the 20th century, coupled with the decline in the prevalence of servant roles during the same period made many of the properties largely obsolete. This in turn led to a lengthy period of neglect in which mews grew to mean nothing more than an avoidable, undesirable back-street.

This era of disuse endured until the tail-end of the 20th century when the properties were identified by a particularly savvy evolving middle class who saw efficient, practical homes tucked away in plain sight in some of London’s most affluent districts.

To this day mews are almost as desirable as the period homes they used to serve and they have adapted and evolved perfectly to cater to a modern clientele.

The large open plan space on the ground floor that was once used to accommodate coaches and horses, now typically features a living room and kitchen. While what were once first-floor haylofts now feature bedrooms and bathrooms. As for underground passages, I wouldn’t put money on them still being there!

Part of the charm of the mews is that many still bear aspects of their original construction. Most for example still have cobbled streets, many have arched entrances and some still even have the large ground floor openings that were once used to usher in coaches and horses.

There is no better example of how mews have been the subject of change in the public eye than Holland Park Mews. Located not only in one of London’s most prosperous areas but also in one of the most elegant, the properties found here are hidden away through an arched opening that dips just below street level.

No doubt originally intended to remain out of sight, the mews now draws far more attention than the surrounding properties, with fascinated tourists often seen admiring the stately façades and regal details of the residences.

For those keen on finding Holland Park Mews, the street is based in Kensington, located just off the busy Holland Park Avenue and only a few minutes’ walk away from the place both roads get their name, Holland Park.

Kynance Mews is another particularly stylish spot worth mentioning. While it doesn’t quite possess the overt grandeur of Holland Park Mews, it has a certain charm and magic that really makes it stand out. Far narrower than other mews, the stone arched gateways, hanging ivy and tall trees provide this mews with an enchanting atmosphere that can’t be beaten.

With its name derived from Cornwall’s very own Kynance Cove, Kynance Mews is but one of a few Cornwall inspired locations found nearby. Cornwall Gardens – a grand neighbourhood made up of three large, private gardens surrounded by luxurious residences – can be found right next door and Launceston Place is dotted with chic little cafes and refined restaurants.

This quiet, peaceful mews is nestled away in the Bloomsbury area. Its cobbled streets are lined with luxurious renovated coach houses and from one end you can walk to Russell Square and from the other, you can reach The Brunswick Centre.

Part of the magic of the street is its location. Bloomsbury is a lively district steeped in history with attractions such as The British Museum and the Charles Dickens Museum based particularly nearby.

The Best of Times by Merino is also home to a number of our stylish, handpicked serviced apartments. In addition to being ideally located, each apartment is also uniquely designed and attractively furnished.

For those keen on being located close to Kynance Mews, our Cornwall Gardens Apartments offer a distinguished self-catered experience that includes a range of on-site amenities.

London Celebrity Hot Spots: how to live like celebs in the capital