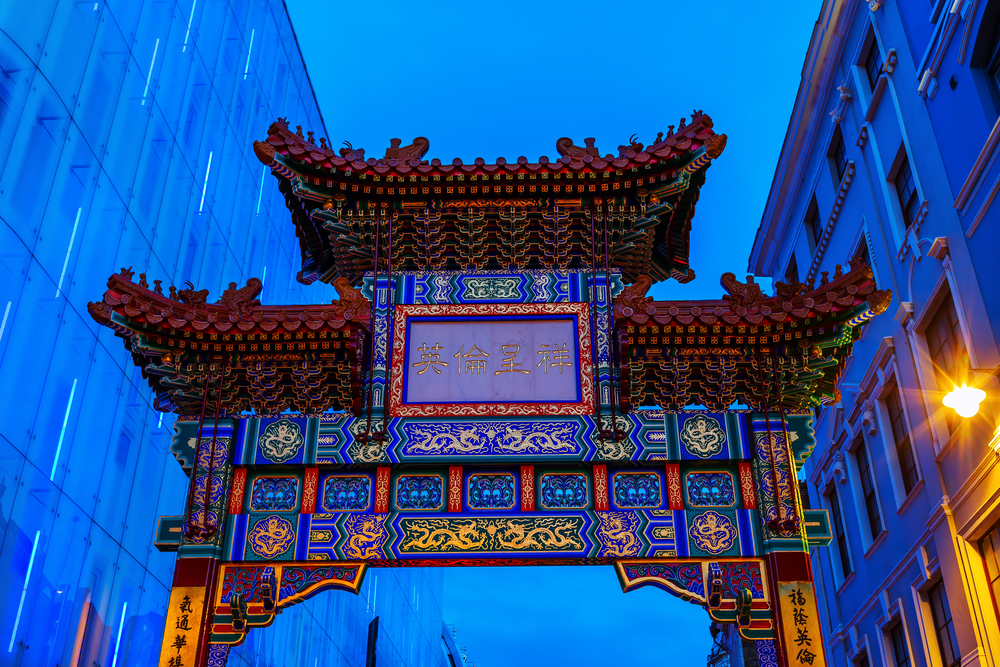 Chinatown is one of London’s most fascinating areas. A thriving ethnic enclave, the neighbourhood is thought to be home to over 150 businesses. Based in Soho – London’s busy entertainment district – Chinatown is constantly heaving with tourists from all over the globe.

From winning walking tours to kooky karaoke nights, this neighbourhood is always humming with things to see and do. With so much going on, it’s near impossible to fit everything into just one day! However, undeterred, we thought we’d give it a go. We give you, Chinatown: By Day and Night.

London’s Chinatown isn’t famed for its breakfast bars and brunch joints. The neighbourhood’s huge abundance of traditional restaurants will always take the culinary limelight. But, it’s easy enough to find a local bakery that specializes in light bites for those on the go.

Doughnut Time, a fairly self-explanatory London chain, is vastly popular amongst locals and tourists alike. For those with a sweet tooth, this quirky establishment is the ideal spot for a breakfast bite. The masterminds behind Doughnut Time change their menu every week, so there’s always something new to tantalise the taste buds.

Doughnut Time has branches all over the city from Shoreditch to Notting Hill. Their flagship store, however, is nestled away right in the heart of Chinatown. A doughnut or two and a warm cup of coffee will give you all you need for a day exploring the area!

While admittedly not the high-end shopping scene of Knightsbridge or Covent Garden, Chinatown offers an entirely unique commercial experience. The area’s host of local shops and stores range from niche bookstores to speciality seafood supermarkets. Both inexpensive and interesting, Chinatown’s stores have long been a source of fascination and local intrigue.

For bibliophiles and bookworms, the Guanghwa Bookshop on Shaftesbury Avenue is certainly worth a visit. Since its unveiling in 1971, this smartly-presented little store has attracted all sorts of visitors, including high-profile academics. The bookshop is a treasured part of London’s Chinatown community. With suppliers from all over Asia, the shop is home to a huge host of rare titles.

It’s impossible to talk about shopping in Chinatown without at least mentioning the SeeWoo Supermarket. This legendary local superstore has been around since 1975, the inaugural years of Soho’s Chinatown. The supermarket is known to import goods from all over the Far East. It sells everything from live crabs to Taiwanese sweet potato starch.

Anyone with a hankering for seafood should make a point of visiting the Young Cheng Fresh Seafood Shop. It’s thought that the store supplies many of the restaurants in the area. While the shop front is unassuming in appearance, visitors will be able to get their hands on all kinds of fresh seafood!

Escape the smell of seafood by stopping at Wan Jun, a kooky gift shop in Newport Court. This eccentric bazaar is decked out with everything from traditional eastern hats to aromatic incense and lucky trinkets.

The forum hosts all manner of cultural gatherings from historical talks to interactive workshops. China Exchange has welcomed a number of famous speakers over the years: Stephen Fry took part in the forum’s Prudential Series and Cherie Blair has also taken the stage in the past.

But there’s so much more to the China Exchange than occasional guest speakers. From talks on the history of Chinatown to food tasting sessions, there’s always plenty going on. This autumn, the forum is hosting a workshop where visitors will be able to create their own herbal tonic.

Did you know that Soho’s Chinatown community is not the city’s first Chinatown? From around 1900 to 1940, London’s Chinatown was actually based in Limehouse. This original Docklands-based Chinese enclave was sensationally thought of as a hive of depravity and debauchery. However, these days it’s understood that many of these stories were largely fabricated. In fact, any trouble in the area was largely caused by transitory sailors.

This is the kind of thing that visitors can expect to learn about in the Chinatown Stories walking tour. Starting from China Exchange, the tour is over two hours long. Led by local experts, visitors will receive a comprehensive understanding of the area’s dense urban history. However, this walking tour isn’t any ordinary walking tour; tour participants will be treated to a traditional Chinatown lunch at the end of the walk!

14:00 - Treat Yourself to a Japanese Taiyaki at Bake

It’s impossible to go to Chinatown and not try at least one exotic delicacy. Bake – a small bakery on Wardour Street – offers a huge range of mouth-watering treats and indulgent luxuries. However, there’s one thing that people come from far and wide to enjoy – the taiyaki. This Japanese delicacy is much like an ice cream cone, except the waffle cone is fish-shaped! These treats provide the ideal mid-afternoon snack and will keep your going all day long.

In the eyes of many Londoners, mahjong is a rather complex, mercurial board game. But, in China, the country of its conception, mahjong is hugely popular. Over the last century, the game’s popularity has increasingly spread around the world and it can be found being played in many of Chinatown’s establishments.

If you fancy yourself a bit of a mahjong mastermind, put your skills to the test at the Xu Teahouse. It’s £5 for two hours and you can treat yourself to a warming cup of tea too!

16:30 - Catch a Movie at the Prince Charles Cinema

London is full of quirky independent cinemas, but there’s nowhere quite as zany as this place. Simply put, the Prince Charles Cinema is something of a sanctuary for movie junkies and film fanatics. From Schwarzenegger marathons to special sing along events, this cinema has a firm understanding of all fandoms. The cinema is a welcome addition to the Chinatown community and it seamlessly fits in with its surroundings. There’s often a Hayao Miyazaki season on the go and, this autumn, Yasujiro Ozu’s Late Autumn is being screened.

There’s always plenty going on at the cinema; mainstream releases are accompanied by old-school favourites. Catching a movie in London isn’t cheap these days, which is primarily why this cinema is so attractive. Most tickets are under £10, making it far cheaper than anywhere else in central London.

After enjoying a traditional Chinese lunch, you might fancy mixing it up a bit in the evening. Ichibuns does exactly that. On the surface, Ichibuns is just a chirpy burger joint, but it is in fact far more than that. Defiant, spirited and proud are just a few superlatives that spring to mind when describing this Chinatown eatery. Ichibuns is a constant celebration of modern Japanese culture. The restaurant is most well-known for its huge selection of burgers and cocktails.

Perfect for small groups of friends and romantic rendezvous, this bar boasts a relaxed, easy-going atmosphere. Open till 3am, the Experimental Cocktail Club offers a smart, laid-back alternative to London’s notorious clubbing scene.

Another relaxed cocktail lounge, this is the perfect place for a catch-up. Although, much like the Experimental Cocktail Club, Opium is also notoriously hard to find!

In Chinatown, late-night karaoke is always on the cards. One of a few local establishments that offer karaoke, the Royal Dragon outshines them all by providing it from midday until 3am, 7 days a week! This restaurant/bar/performance space has become a staple part of London’s Chinatown community – it’s been around for 20 odd years!

The restaurant dedicates an entire floor to karaoke and it’s thought to be able to accommodate over 100 people. With drinks and late-night snacks all on the menu, the Royal Dragon will keep you singing your heart out into the early hours of the morning!

Anyone who manages to cram two cocktail lounges and a karaoke bar into a single night will require a particularly cosy bed to sleep in afterwards. Luckily, we offer a portfolio of luxurious serviced apartments in all of the city’s most glamorous locations. Stay nearby in one of our popular Soho-based residences. Check out our full collection, here!