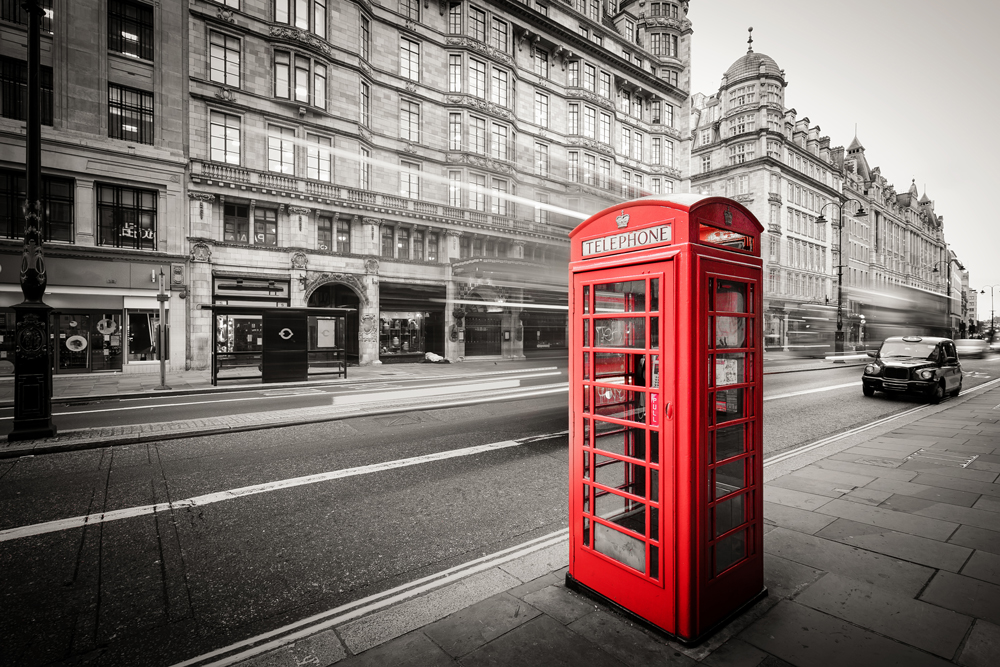 We all love a spot of shopping, whether it’s hitting the sales or purchasing a new outfit. Sightseeing’s great, but it’s no substitute for retail therapy. Between bargain-hunting and trying on clothes, it’s easy to get carried away.

Of the big cities around the world to shop in, London continues to rank as one of the best. From Selfridges to Harrods to Fortnum & Mason, it boasts some of the greatest department stores on earth, many of which are walking distance from each other.

But it wasn’t always this way. Once upon a time, London’s shopping streets as we know them were considerably quieter. Where tea rooms, bakeries and ironmongers once stood, we have high street giants like McDonald’s and H&M. Where horse-drawn vehicles used to roam, black cabs now line up on the kerb.

Some of London’s architecture might be relatively unchanged, but its retail landscape has gone through some notable transformations, as these before and after photographs show:

Not a single red bus can be seen in this 1885 photo of Oxford Street. To the left, however, is the popular department store, John Lewis, which is just as recognisable now as it was back then.

Today’s Oxford Street is a 24-hour jungle of people and retail space. Sources estimate there to be over 300 shops along the major road.

How blissfully quiet did Regent Street look in 1920? It’s so empty, you can actually see tyre tracks on the road, left by, what looks to be, some rather classic British cars.

Nowadays you can’t see the street for pedestrians and fashion outlets, including Burberry, Hugo Boss and Reiss. Also on this street is toy giant, Hamleys.

Part of Swinging London, Carnaby Street was a hotbed for hippies and designers in the ‘60s. One look at this photo and its bohemian spirit becomes all too clear.

Fast forward to 2017 and not a lot has changed, visibly. Colourful facades and shop fronts remain, along with quirky boutiques.

Long before the TV show, Made in Chelsea, King’s Road was famous for its fashion figures and counterculture. Here’s a telling photo from 1983.

King’s Road today is particularly special at Christmas, worth a visit for its festive lights alone. Duke of York Square, just off the road, plays host to a beautifully garlanded Christmas tree and a Santa’s Grotto.

It’s hard to imagine Brompton Road without Harrods. But in 1909, construction was underway on the luxury department store, as this photo reveals.

The Harrods we know and love now is just as exquisite from the outside as it is from the inside, brought to life by thousands of little bright lights at night.

Where in London can you find the best vintage stuff? Simple - Portobello Road. Notting Hill’s famous market street was equally as trendy in the ‘60s as it is today. To use a line from the Disney film, Bedknobs and Broomsticks, “Artefacts to glorify our regal abode are hidden in the flotsam in Portobello Road.”

Everything from hats to crockery can be purchased on Portobello Road today. While some of the original antiques shops remain, the market has expanded to include an eclectic array of street food stalls.

For those who remember the high-street retail chain, Woolworths, this 1952 snap of a store on Camden High Street is sure to stir feelings of nostalgia, even if the outfits are a little outdated.

There’s pretty much a home for everyone on Camden High Street in 2017. No outfit is too wild, or too controversial, and there are shops to cater for even the weirdest tastes.