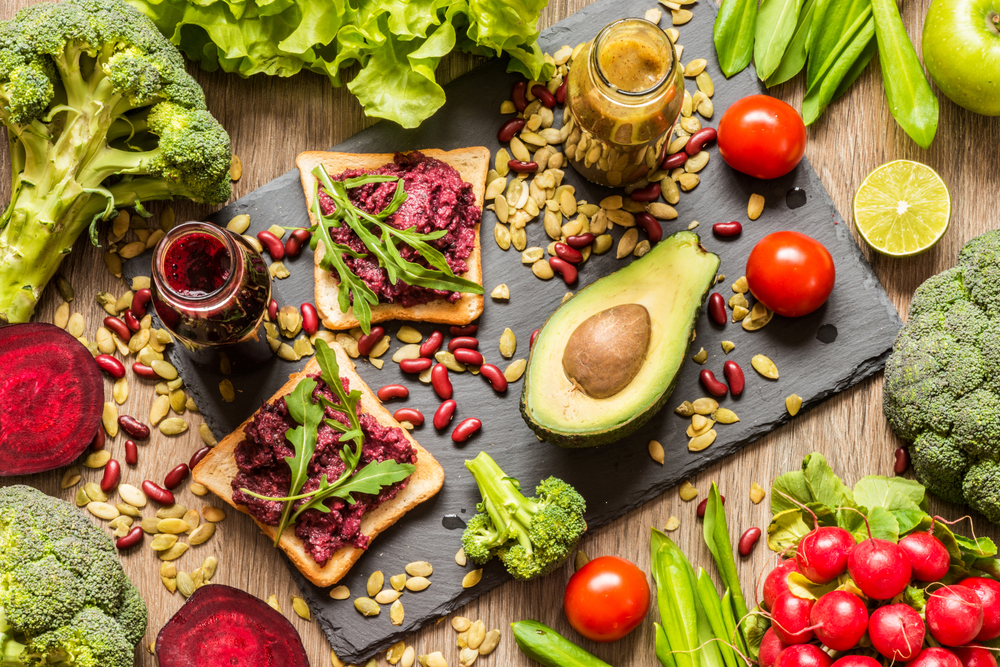 20th July 2018 in Things to Do by Francis Buchanan

Gone are the days when veganism was considered a niche lifestyle choice. It’s currently thought that around 20% of under-35s have tried a vegan diet at some point, and that figure is constantly increasing.

Now evidently in the mainstream, vegan culture has spread all across London, from Brick Lane’s edgy bistros to Covent Garden, the city’s largest tourist haven.

Here, we highlight London’s most popular vegan eateries and provide top tips for enjoying London as a vegan.

We give you, A Vegan’s Guide to London. 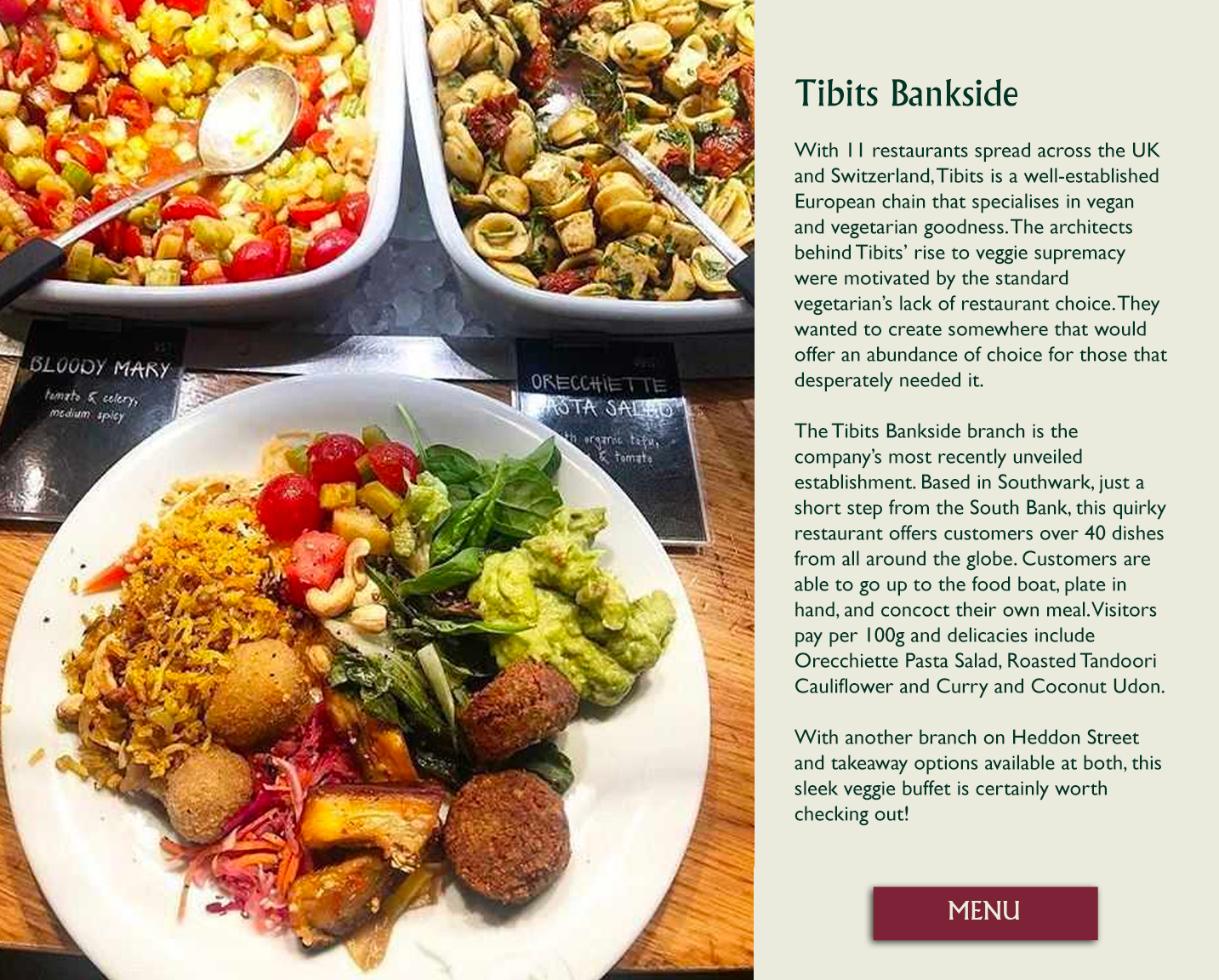 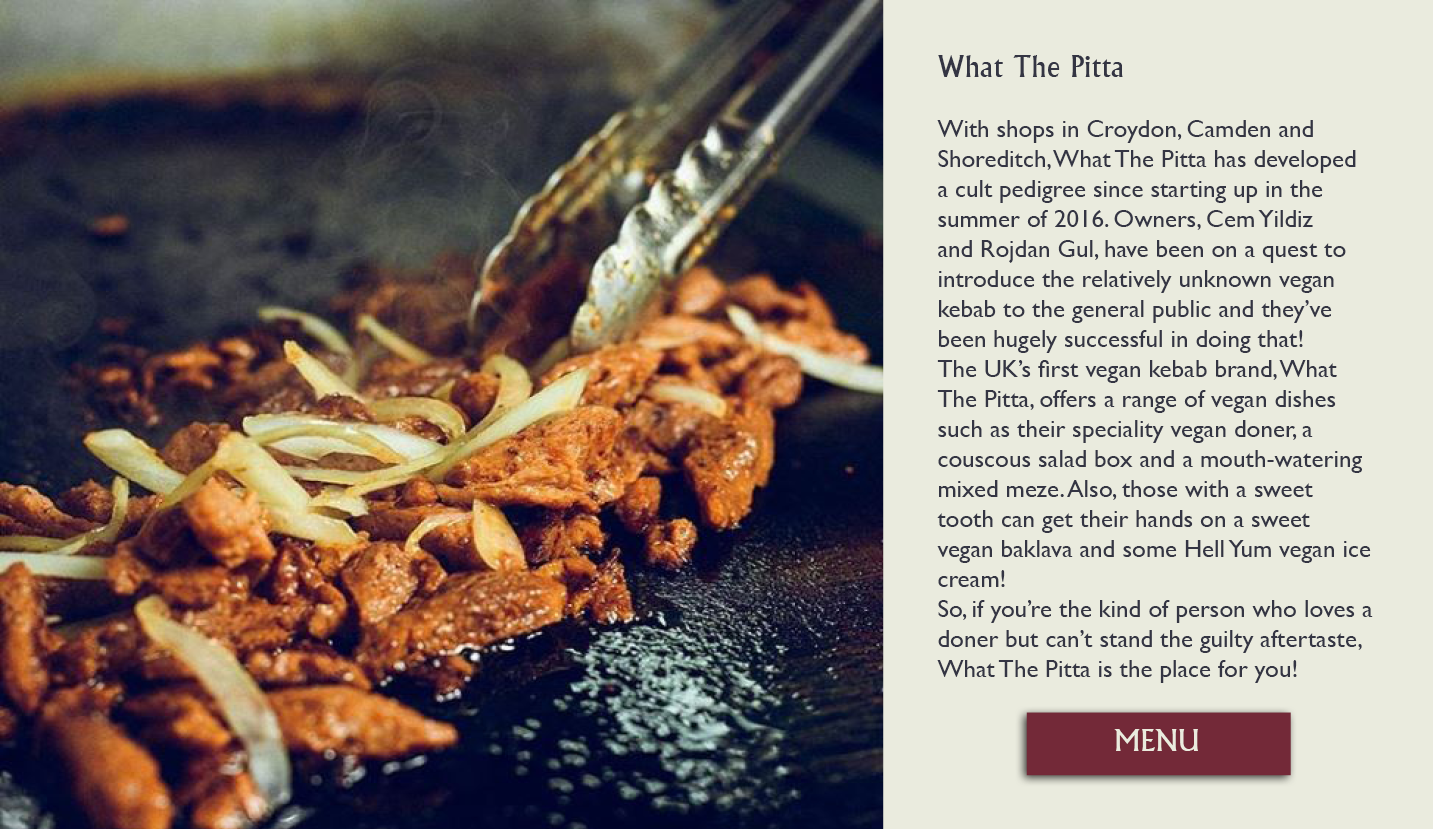 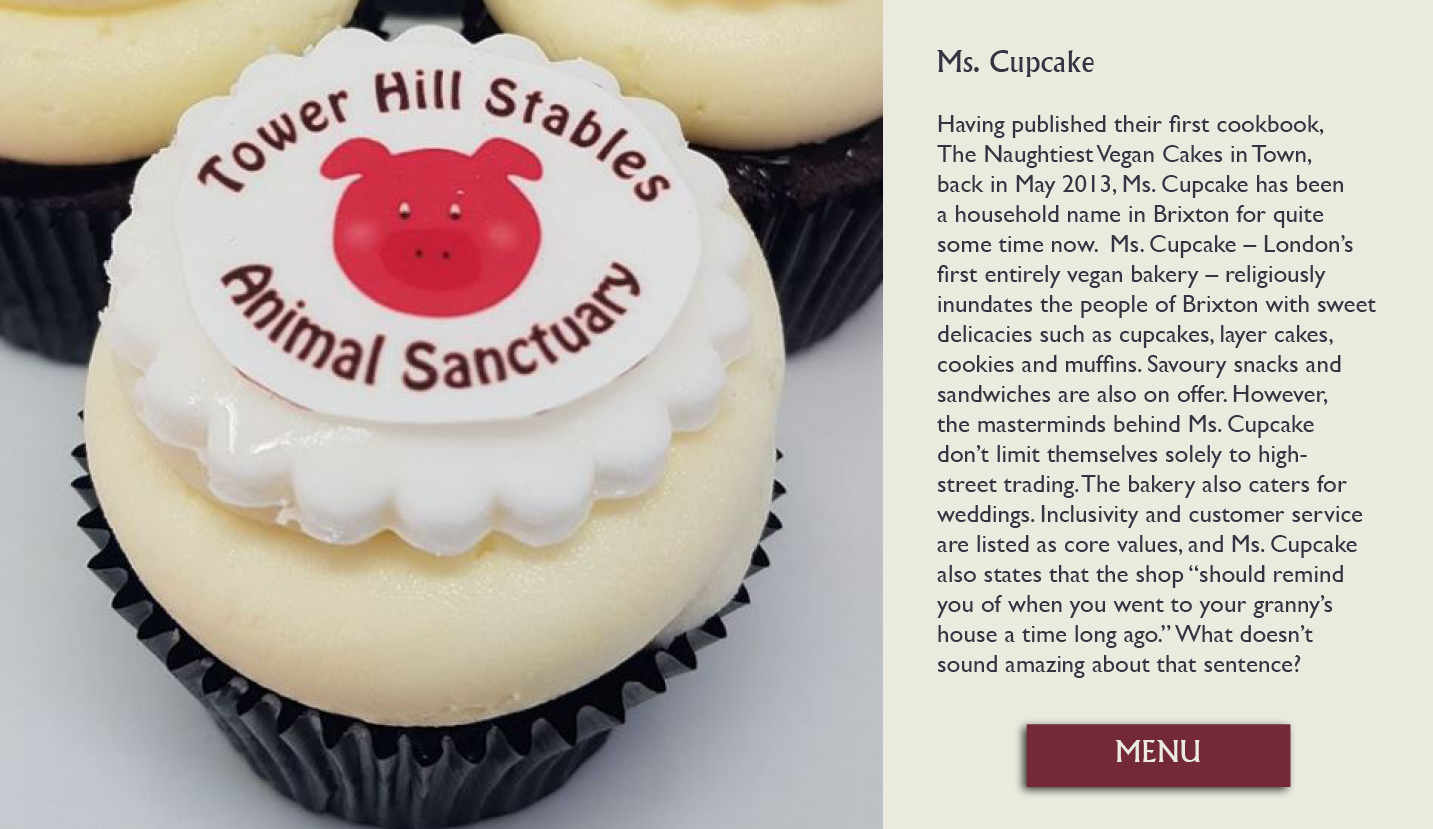 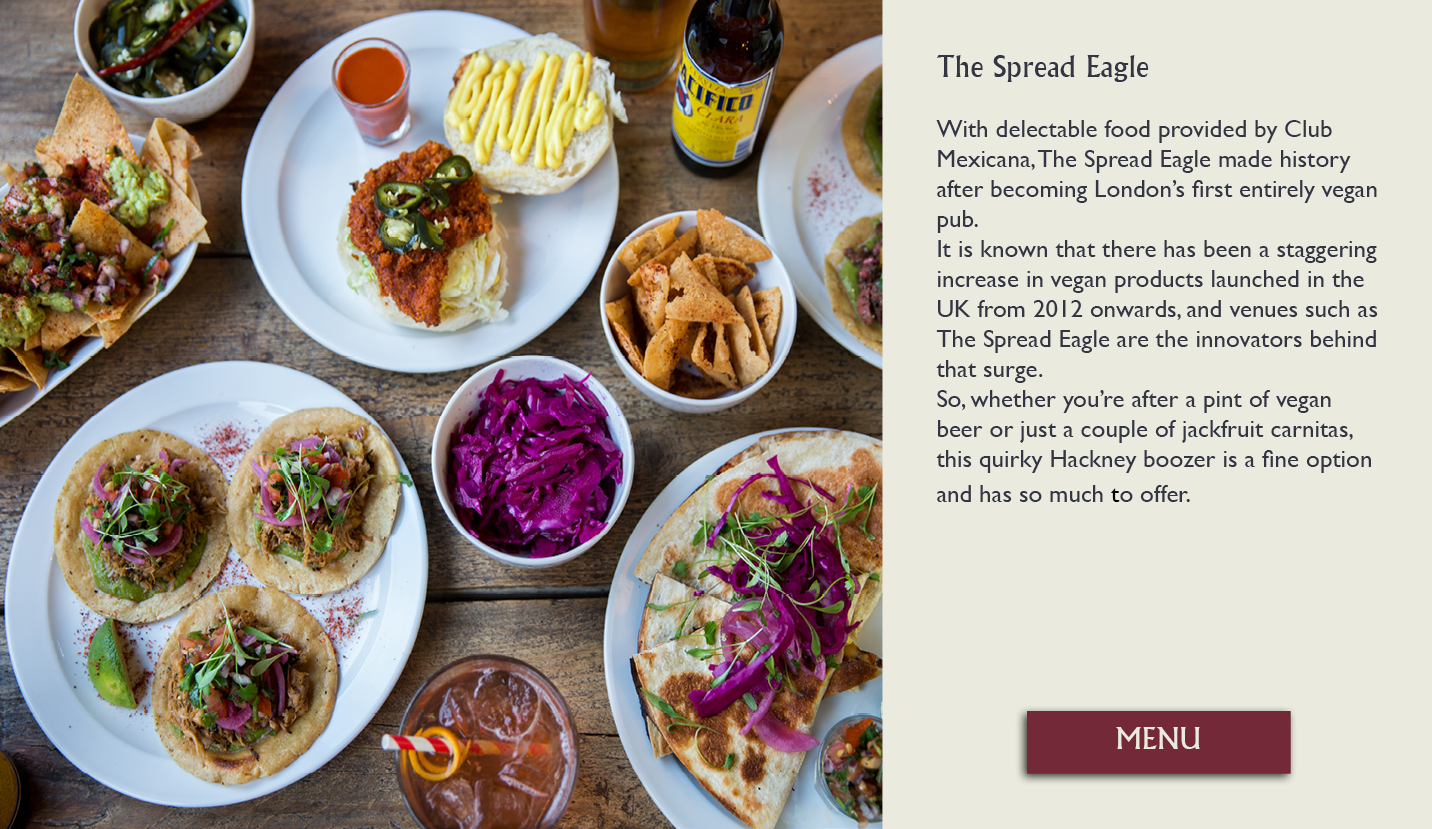 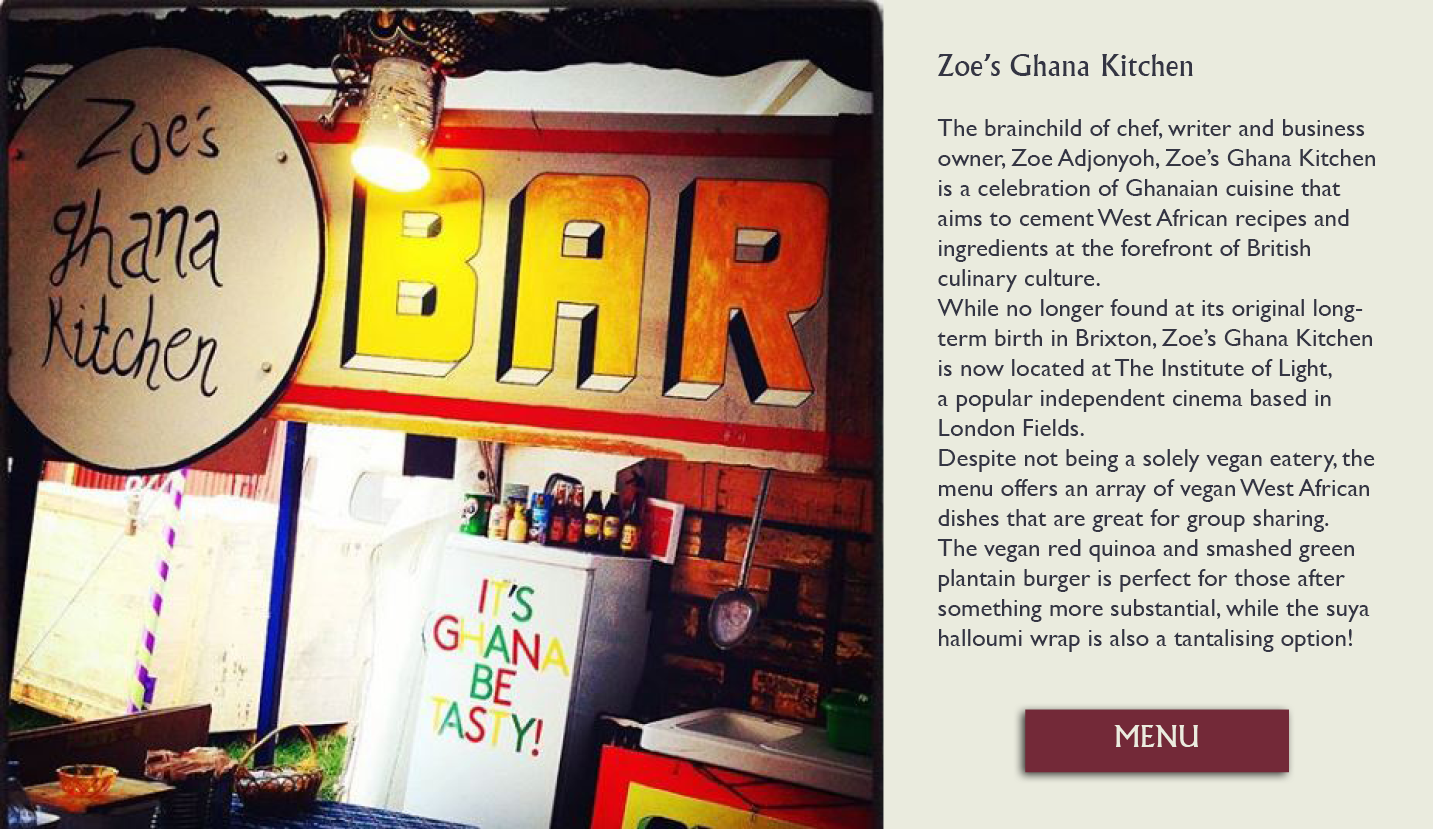 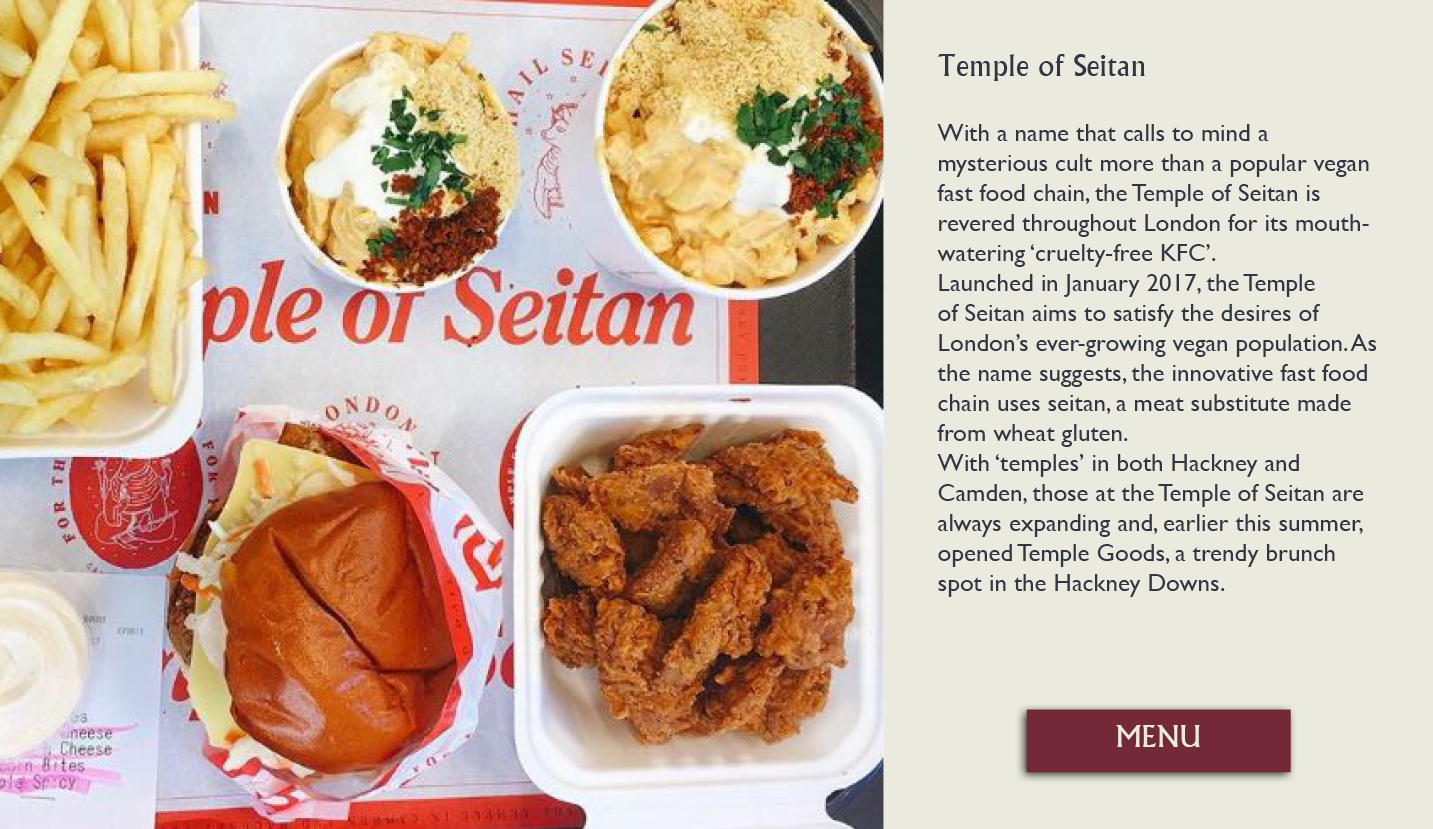 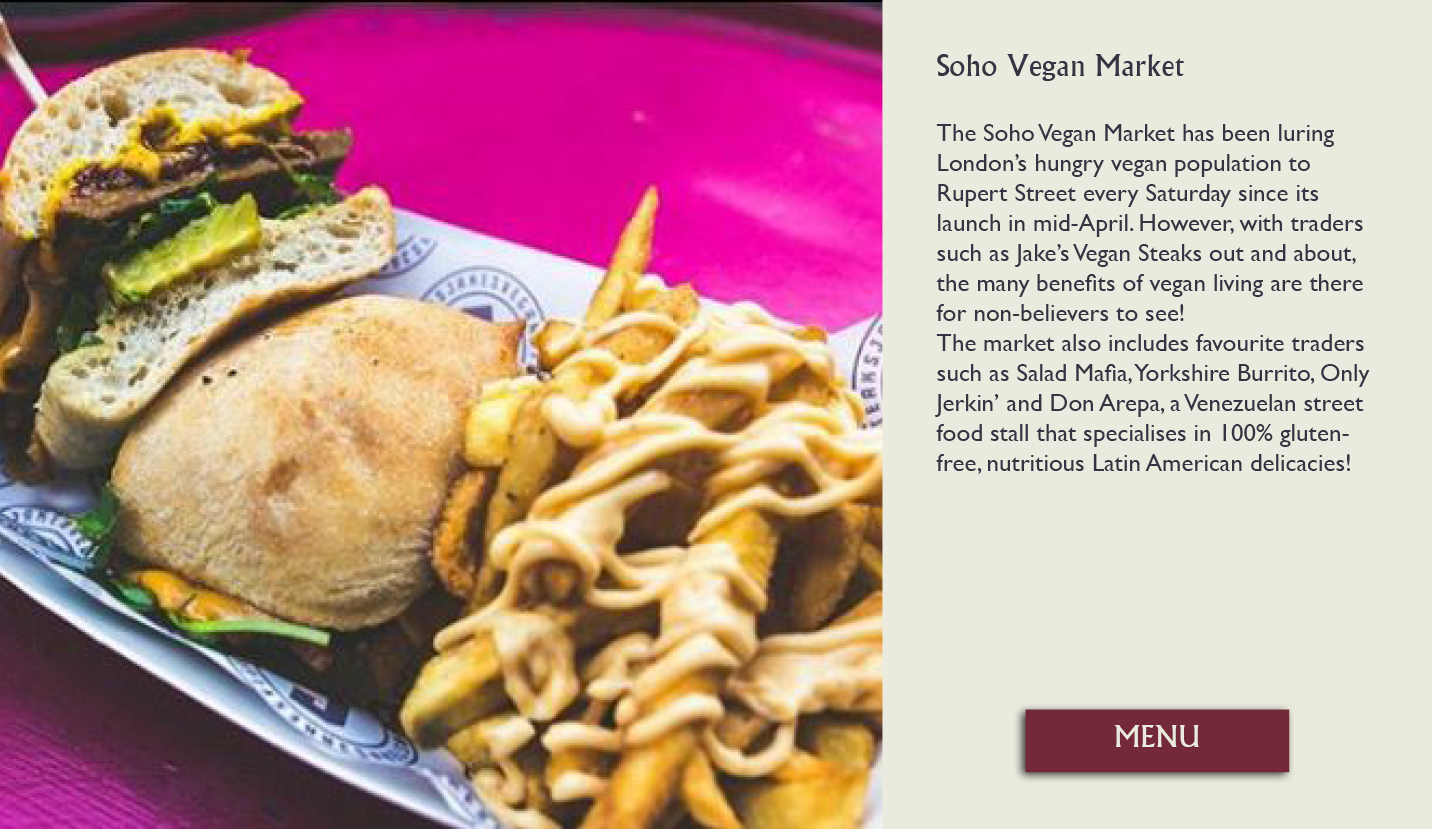 Top Tips for Experiencing London as a Vegan...

We reached out to a number of vegan influencers, who have provided us with these top tips on being vegan in London! 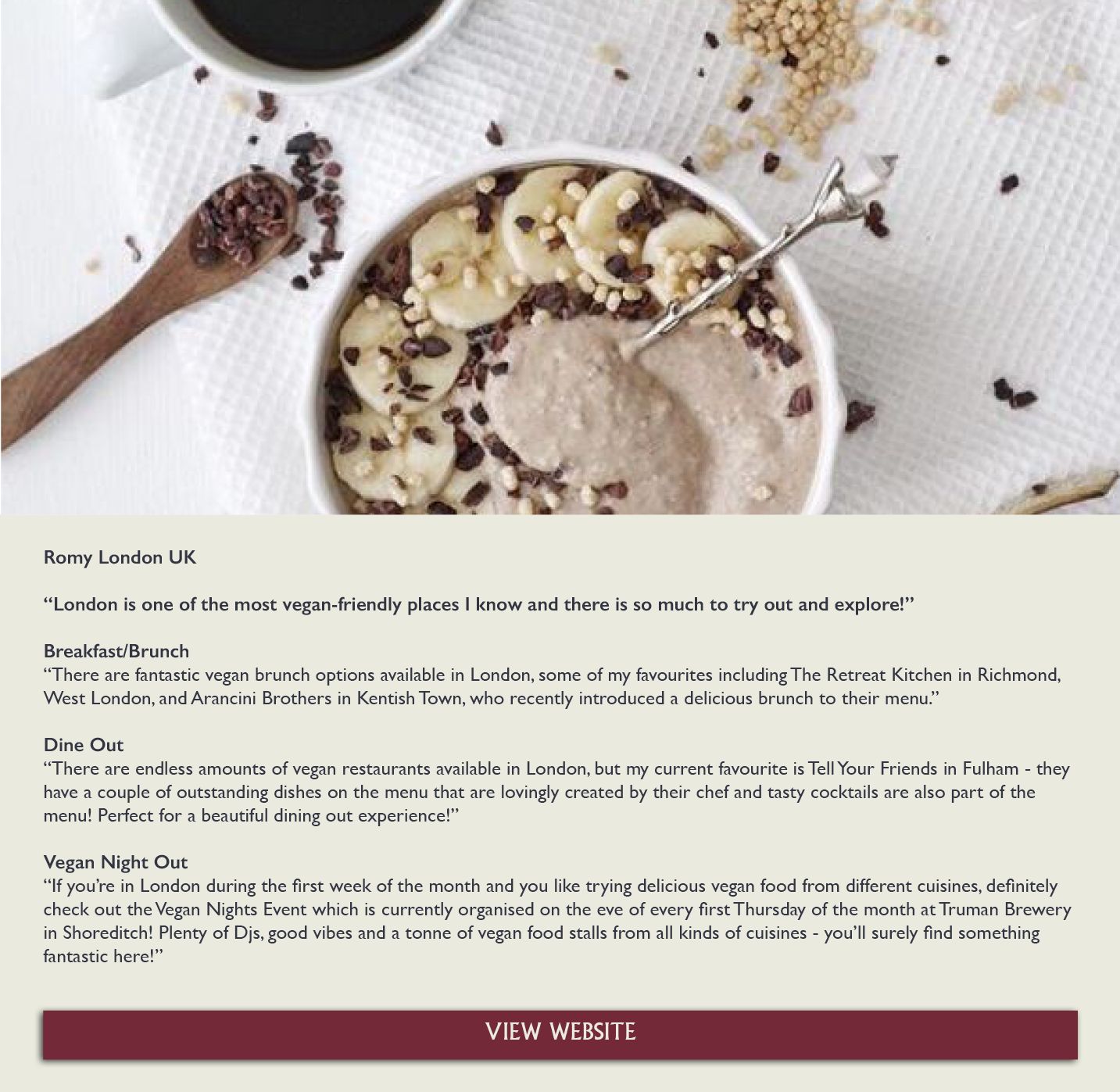 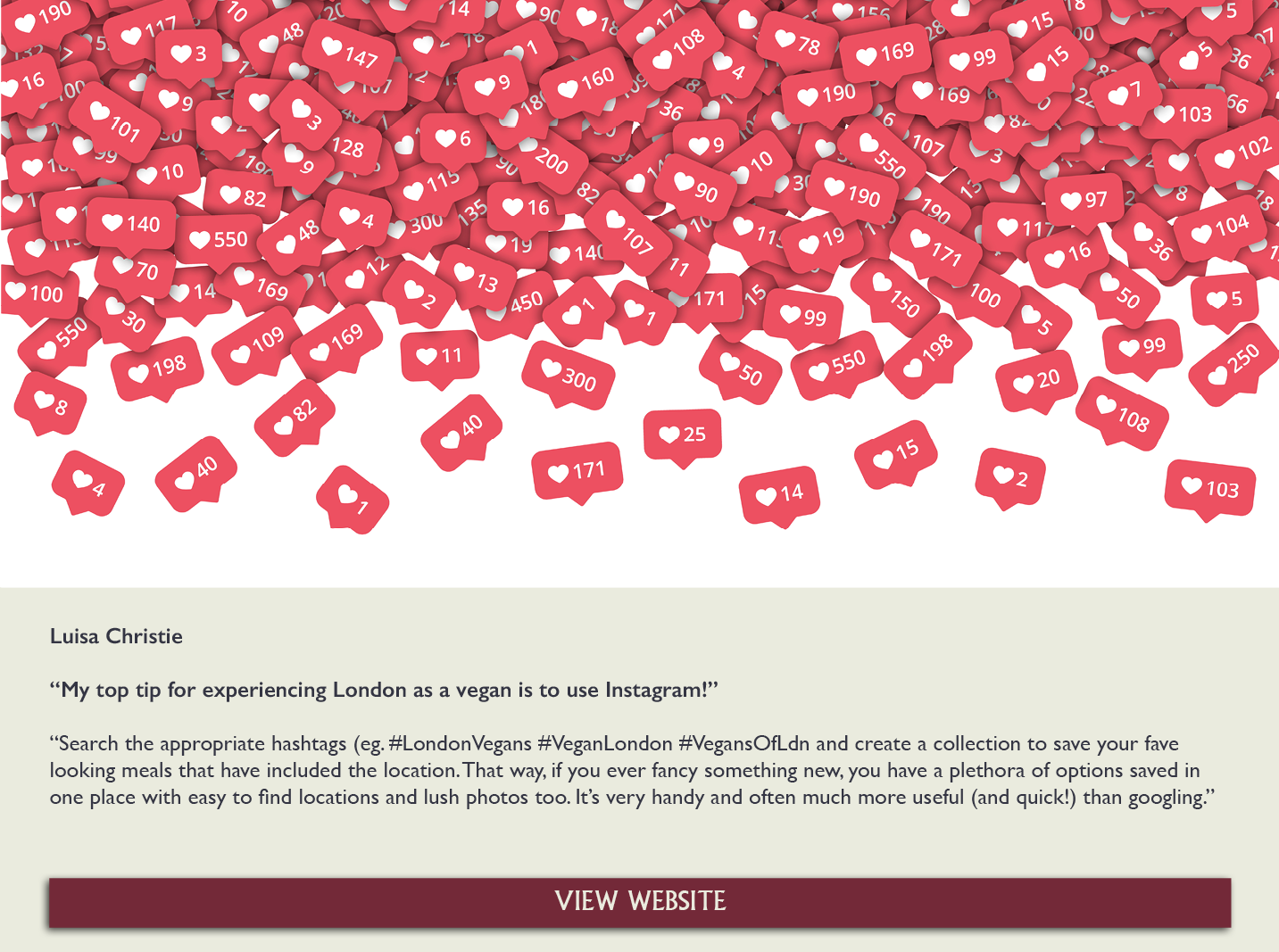 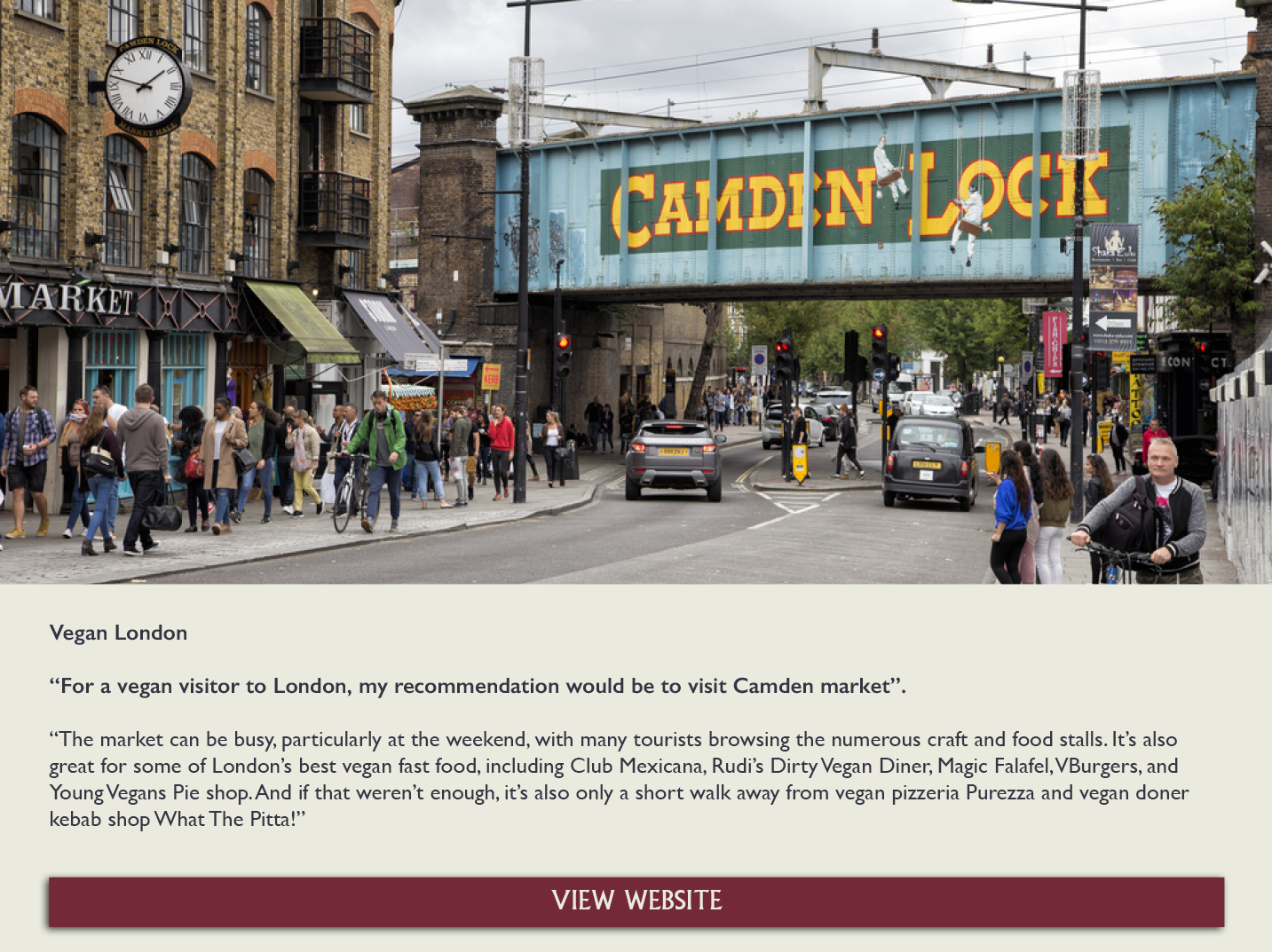 If dining vegan isn’t enough to whet your appetite, you can always live out your passion at a live show with likeminded people! 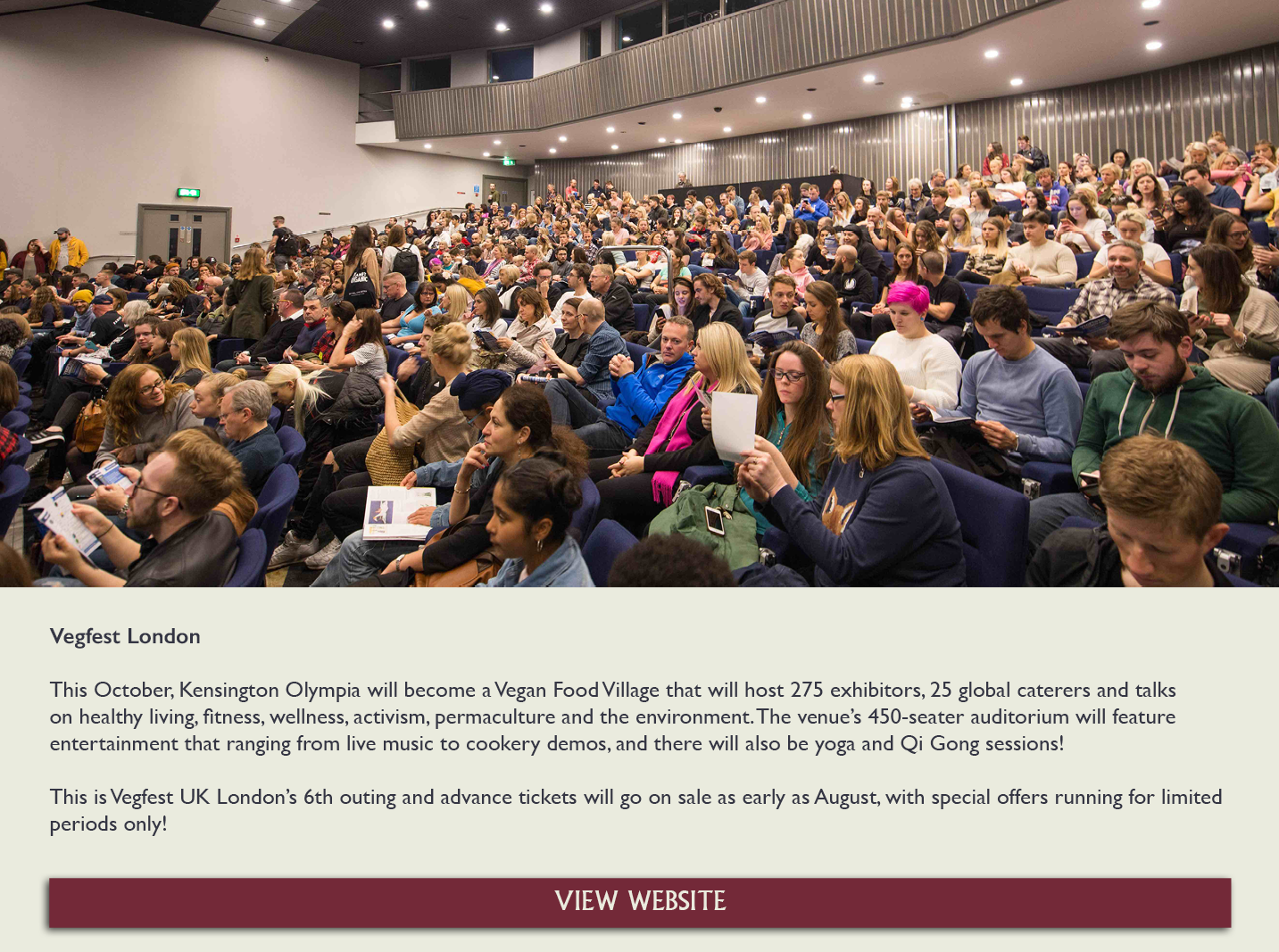 With stalls in Croydon, Camden and Shoreditch, What The Pitta has developed a cult pedigree since starting up in the summer of 2016. Owners, Cem Yildiz and Rojdan Gul, have been on a quest to introduce the relatively unknown vegan kebab to the general public and they’ve been hugely successful in doing that!

The UK’s first vegan kebab brand, What The Pitta, offers a range of vegan dishes such as their speciality vegan doner, a couscous salad box and a mouth-watering mixed meze. Also, those with a sweet tooth can get their hands on a sweet vegan baklava and some Hell Yum vegan ice cream!

So, if you’re the kind of person who loves a doner but can’t stand the guilty aftertaste, What The Pitta is the place for you!

Having published their first cookbook, The Naughtiest Vegan Cakes in Town, back in May 2013, Ms. Cupcake has been a household name in Brixton for quite some time now.

However, the masterminds behind Ms. Cupcake don’t limit themselves solely to high-street trading. The bakery regularly hosts classes and also caters for weddings.

Inclusivity and customer service are listed as core values, and Ms. Cupcake also states that the shop “should remind you of when you went to your granny’s house a time long ago.” What doesn’t sound amazing about that sentence?

Found in the heart of Camden, Maize Blaze offers visitors an abundance of colourful Colombian street food. While not strictly a solely vegan spot, Maize Blaze is vegan-friendly in every sense and is widely known for its popular vegan options.

Since opening up shop in 2014, Bogota native and Maize Blaze founder, Ruth Christianson, has endeavoured to share her undying passion for Colombian flavours with her north London clientele.

If the speciality Lean Mean Vegan Machine sounds appealing, a journey to Camden Market may be on the cards!

It is known that there has been a staggering increase in vegan products launched in the UK from 2012 onwards, and venues such as The Spread Eagle are the innovators behind that surge.

So, whether you’re after a pint of vegan beer or just a couple of jackfruit carnitas, this quirky Hackney boozer is fine option and has so much to offer.

The brainchild of chef, writer and business owner, Zoe Adjonyoh, Zoe’s Ghana Kitchen is a celebration of Ghanaian cuisine that aims to cement West African recipes and ingredients at the forefront of British culinary culture.

While no longer found at its original long-term birth in Brixton, Zoe’s Ghana Kitchen is now located at The Institute of Light, a popular independent cinema based in London Fields.

Despite not being a solely vegan eatery, the menu offers an array of vegan West African dishes that are great for group sharing. The vegan red quinoa and smashed green plantain burger is perfect for those after something more substantial, while the suya halloumi wrap is also a tantalising option!

With a name that calls to mind a mysterious cult more than a popular vegan fast food chain, the Temple of Seitan is revered throughout London for its mouth-watering ‘cruelty-free KFC’.

Launched in January 2017, the Temple of Seitan aims to satisfy the desires of London’s ever-growing vegan population. As the name suggests, the innovative fast food chain uses seitan, a meat substitute made from wheat gluten.

With ‘temples’ in both Hackney and Camden, those at the Temple of Seitan are always expanding and, earlier this summer, opened Temple Goods, a trendy brunch spot in the Hackney Downs.

The Soho Vegan Market has been luring London’s hungry vegan population to Rupert Street every Saturday since its launch in mid-April. However, with traders such as Jake’s Vegan Steaks out and about, the many benefits of vegan living are there for non-believers to see!

Top Tips for Experiencing London as a Vegan…

We reached out to a number of food influencers, who have provided us with these top tips on being vegan in London!

“London is one of the most vegan-friendly places I know and there is so much to try out and explore!”

“There are fantastic vegan brunch options available in London, some of my favourites including The Retreat Kitchen in Richmond, West London, and Arancini Brothers in Kentish Town, who recently introduced a delicious brunch to their menu.”

“There are endless amounts of vegan restaurants available in London, but my current favourite is Tell Your Friends in Fulham - they have a couple of outstanding dishes on the menu that are lovingly created by their chef and tasty cocktails are also part of the menu! Perfect for a beautiful dining out experience!”

“If you're in London during the first week of the month and you like trying delicious vegan food from different cuisines, definitely check out the Vegan Nights Event which is currently organised on the eve of every first Thursday of the month at Truman Brewery in Shoreditch! Plenty of Djs, good vibes and a tonne of vegan food stalls from all kinds of cuisines - you'll surely find something fantastic here!”

“For a vegan visitor to London, my recommendation would be to visit Camden market. The market can be busy, particularly at the weekend, with many tourists browsing the numerous craft and food stalls. It’s also great for some of London’s best vegan fast food, including Club Mexicana, Rudi’s Dirty Vegan Diner, Magic Falafel, VBurgers, and Young Vegans Pie shop. And if that weren’t enough, it’s also only a short walk away from vegan pizzeria Purezza and vegan doner kebab shop What The Pitta!”

“My top tip for experiencing London as a vegan is to use Instagram! Search the appropriate hashtags (eg. #LondonVegans #VeganLondon #VegansOfLdn and create a collection to save your fave looking meals that have included the location. That way, if you ever fancy something new, you have a plethora of options saved in one place with easy to find locations and lush photos too. It’s very handy and often much more useful (and quick!) than googling.”

If dining vegan isn’t enough to whet your appetite, you can always live out your passion at a live show with likeminded people!

This October, Kensington Olympia will become a Vegan Food Village that will host 275 exhibitors, 25 global caterers and talks on healthy living, fitness, wellness, activism, permaculture and the environment. The venue’s 450-seater auditorium will feature entertainment that ranging from live music to cookery demos, and there will also be yoga and Qi Gong sessions!

This is Vegfest UK London’s 6th outing and advance tickets will go on sale as early as August, with special offers running for limited periods only!

Enjoy what you've seen here? We have also compiled 'The Top 5 Vegan Restaurants in richmond for a Fabulous Feast'.