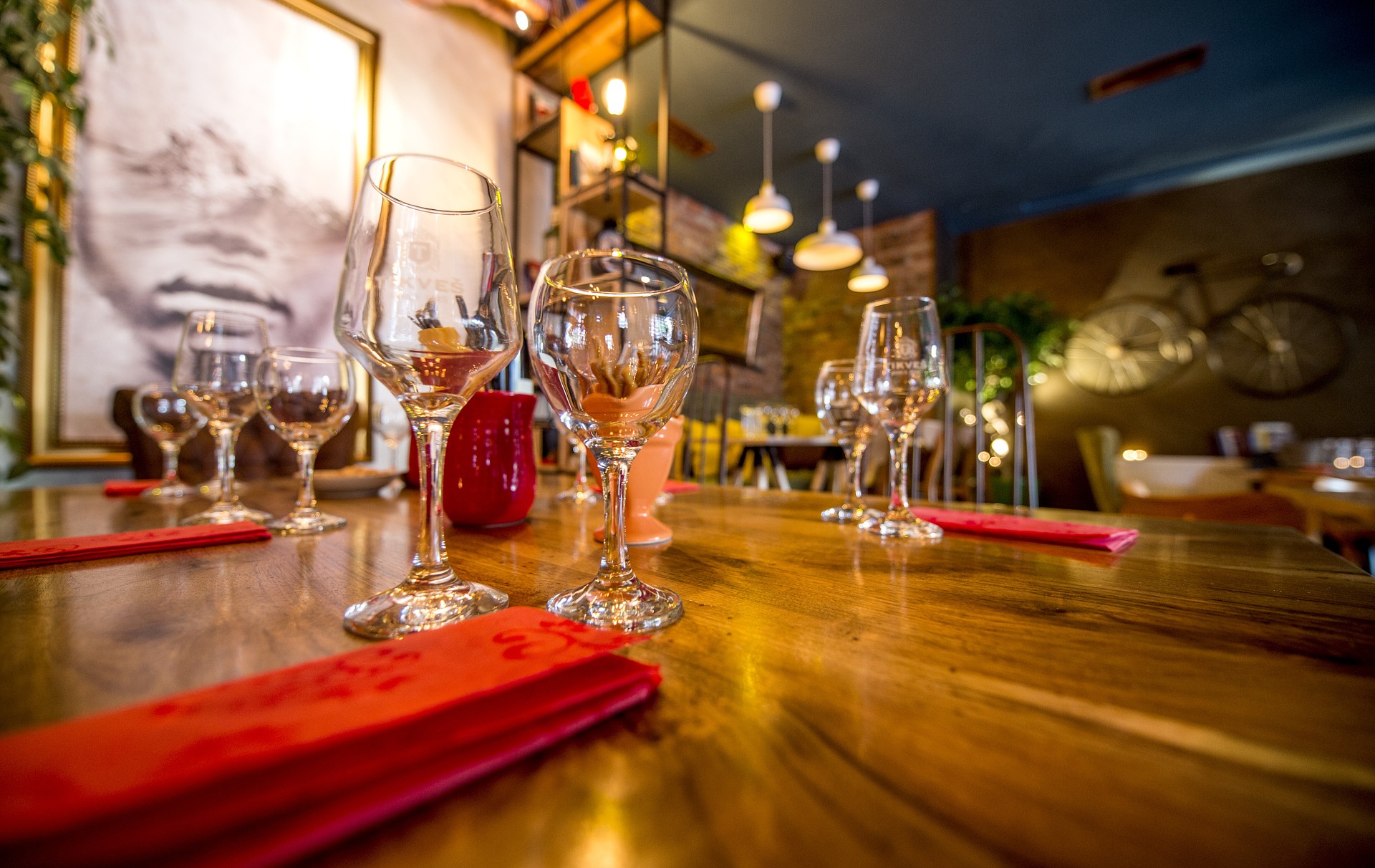 However, there’s more to London’s tourism infrastructure than its historic landmarks alone. The city is also a world-recognised foodie capital and is home to a wide array of restaurants, cafes and markets.

In light of this, we thought we’d check out six of the best restaurants in London.

One of the most famous restaurants in London, Gordon Ramsey’s flagship establishment can be found right in the heart of Chelsea, an exclusive hotspot in the city. Just a short distance from Sloane Square, Knightsbridge, Kensington, Pimlico and Victoria, this elegant eatery is steeped in generations of urban history.

Opened in 1998, the diverse menu is largely based on French cuisine but also includes delicacies such as Cornish turbot, suckling pig and scallops from the Isle of Skye. The restaurant’s urbane interior is perfectly complemented by a lengthy wine list that includes blends from some of the world’s most highly sought-after wine-producing regions.

Undeniably the most Instagrammable bar around, Sketch has become of the most famous restaurants in London. Within walking distance from iconic areas such as Oxford Street, Regent’s Street, Hyde Park, Piccadilly and Leicester Square, Sketch is ideal for a light bite and a few cocktails.

Renowned for its creative buzz and artistic atmosphere, Sketch has become something of a cultural centre that offers everything from afternoon tea to gourmet lunches. Sketch’s artistic appeal has led to the place becoming one of the best restaurants in London.

This swanky Knightsbridge hotspot is another one of the most famous restaurants in London, skilfully curated by a famous celebrity chef. Heston Blumenthal came to fame in the early Noughties where he starred in a series of cooking shows. In recent years, however, the Kensington-born chef has been perfecting his own selection of restaurants.

This upmarket restaurant can be found in Knightsbridge, one of London’s most exclusive neighbourhoods. Just a short distance from high-end hotspots like Harrods, Sloane Square and the King’s Road, Dinner by Heston Blumenthal is one of the top restaurants in London.

Inspired by historic British gastronomy, visitors can expect a wildly experimental menu that features everything from smoked eels to spiced pigeon. Each delicacy features a date in British history in which it was a commonly eaten – the Roast Halibut & Green Sauce dates all the way back to the 15th century!

The Ritz – one of London’s most esteemed landmarks – is an epicentre of high-end culture. Made up of an exclusive array of different elements such as a private members club, bar, and salon, one of the establishment’s main selling points is its magnificent restaurant.

One of the most famous restaurants in London, The Ritz boasts a menu that draws inspiration from delicacies all around the UK. The dinner menu includes everything from Norfolk crab to scallops from the Isle of Mull.

The Ritz even imposes a strict dress code that requires all diners adorn only their finest evening wear.

A high-end restaurant chain operating in a number of areas around central London, Boisdale branches dedicate themselves to “the finer things in life”. Traditionally British menus are complemented by an extensive wine & spirits list, while blues and jazz music is often found permeating through all of these exclusive venues.

Boisdale is more than just an upmarket series of restaurants, they’re offering an experience too. Many of the restaurants include additional luxuries such as cigar terraces, vinyl bars and private dining rooms. Boisdale also frequently hosts events that have seen A-listers such as Kelsey Grammar and Charlie Sheen give exclusive talks to members. It is this level of commitment that makes Boisdale one of the best restaurants in London.

Quiet, refined, sleek and spacious, the Ember Yard is a perfect central London hideaway for all those looking for something both indulgent and perfectly minimalistic. Found just off Oxford Street, this understated eatery offers an array of tapas options inspired by Spanish & Italian cuisine.

Known as the ideal spot for a pre-theatre aperitif or a quick libation, the Ember Yard also features a stylish basement bar that is popular among London locals. One of the best restaurants in London, the Ember Yard offers a great option for lovers of luxury and grandeur.

Here at Central London Apartments, we are luxury accommodation specialists. Offering a handpicked portfolio of London's most refined apartments, our exclusive collection spans across all of the city's most sought-after areas. Surrounded by esteemed landmarks, beautiful attractions and some of the best restaurants in London, our luxury serviced accommodation is second to none.

Planning a trip to London? Enquire with us and choose from a huge range of luxury serviced accommodation.