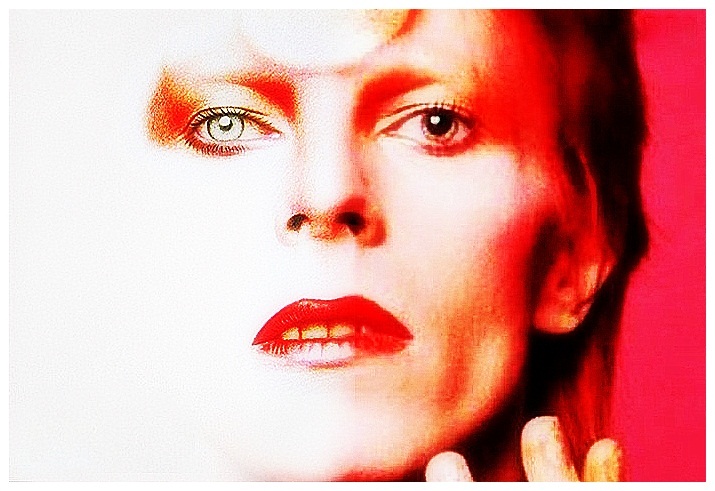 14th January 2016 in Things to Do by Grace Tebbutt

London is the birth place of many famous artists including none other than the late David Bowie, who wowed generations with his outrageous fashion, innovative visuals and ever-evolving music. A born-and-bread Londoner, Bowie’s early career unfolded right here, in London, but despite marking pivotal moments in his life, some of these locations receive little mention.

The Bowie’s Mural in Tunstall Road, Brixton; the Ziggy Stardust plate at number 23 Heddon Street, Soho and the house of Bowie’s childhood at 40 Stansfield Road, Brixton need no introduction to any Bowie fan. But there is a whole side of London, not as talked about and perhaps not as VIP as Soho and Brixton, that played an influential part on the singer’s history and rise to fame. Some of these locations were so important, Bowie himself is said to have visited them with his wife and daughter on his last farewell trip to London. They bring you back not only the successful singer and performer, but the talented struggling artist that had to wrestle to get to the top. This is David Jones' London, the 5 Places that Changed David Bowie's Career:

The year is 1962. Decca was the first label to sign the then David Jones as a professional musician. Famously, prior to signing David as part of rock and roll band, The Konrads, Decca had turned down The Beatles! The building still exists, but it is now used as a rehearsal space for the English National Opera. While understated, Broadhurst Gardens mark the birth place of Bowie’s career as a professional musician and his first big break in the industry. Can you imagine what it felt like for a 15 year old David Jones to walk through these doors as a talented musician and walk out as a signed artist?

This was the pub where in 1965 David auditioned for Ralph Horton’s management. Why is this important? It was under Ralph Horton that Davie Jones became David Bowie in an attempt to avoid being confused with The Monkees' singer Davy Jones. In this landmark, David was literally bidding for a contract. You can imagine the nerves and expectations that hung in the balance here. The Roebuck is today named The Court, but it still exists as a public house.

This is where on the 14th of January 1966 a young David Bowie, then member of The Lower Third blues trio, launched the single ‘Can’t Help Thinking About Me’. The launch party was even attended by John Lennon’s father, Freddie Lennon, but this particular single was not a success and David later moved on from The Lower Third. So what is interesting about The Victoria? ‘Can’t Help Thinking About Me’ was the first single released by David after he changed his name to David Bowie. When you visit this landmark (yes, it still exists!!) you are not only visiting the place where Bowie mingled and networked as a professional musician, but also the place where the Bowie legacy started and first made its appearance. Goosebumps worthy.

In 1969, Bowie and two other friends started a Folk Club at The Three Tuns Pub where he performed every Sunday. The Club later went on to become The Beckenham Arts Lab and it even hosted its own Free Festival in August of the same year using the Bandstand at Croydon Road Recreation Ground as its centre stage. The free festival featured Bowie not only as a headline act, but also as one of the organisers. Sadly, neither the folk club or the pub exist anymore, but the Bandstand still does and a commemorative plaque designed by fan Cliff Watkins still stands below the old Three Tuns sign to celebrate the singer's involvement and contribution to the local art scene. The plaque is famously red and gold in honour of Ziggy Stardust’s hair colour and his flamboyant personality. For photos of David Bowie performing at this location, check the link for the Beckenham Heritage below. (Photos by London Borough of Bromley) It was here that in 1971 Bowie started working on the album that would propel him into stardom - ‘The Rise and Fall of Ziggy Stardust and The Spiders from Mars’. Both the album and Ziggy Stardust as a character went on to become his most prominent work. Yes, you are looking at the birth place of Ziggy Stardust!!! OK, we know he was supposed to be an alien, but the truth is that he was born right here, in Greenwich, in a little indie studio used by many indie bands as a rehearsal space. This building is today Gee-Pharm, a pharmacy on the corner of Blackheath Hill and South Street. Move over 23 Heddon Street, Greenwich saw him first.

So there you have it, David Bowie’s hidden London spots, where he not only built his career, but showed his most impressive talent – his unstoppable will to succeed. Anyone that saw him in 1971 when he was considered a one-hit-wonder wash-out might have mistaken him for a failure. But the man had other ideas and he has shown not only remarkable talent, but an incredible fighting spirit. A skill and gift he used throughout his career to reinvent himself, innovate and keep on coming back with something new - a signature he is now known for worldwide. He was a wrestler that just would not quit. Even if you are not a Bowie fan, you have to take your hat off to that.